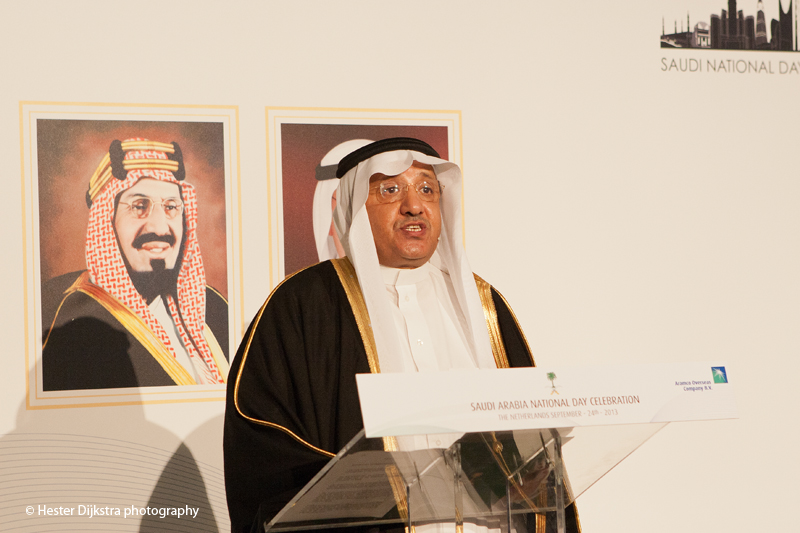 I am delighted to be able to contribute to Diplomat Magazine in the occasion of the 83rd anniversary of the unification of the Kingdom of Saudi Arabia under the late King Abdulaziz Al Saud, also known as Ibn Saud.

The Custodian of the Two Holy Mosques, King Abdullah Bin Abdulaziz Al Saud has, since his accession to the throne in 2005, taken the initiative to promote the culture of dialogue between members of different religions and civilizations in order to promote and strengthen peace and stability in the world. In 2011 the Kingdom established the “King Abdullah Bin Abdulaziz International Centre for interreligious and Intercultural Dialogue” in Vienne with the cooperation of Spain and Austria in order to take this aim forward. The main objective of this center is to promote dialogue between followers of the major different religious in the world-Islam, Christianity, Judaism, Buddhism and Hinduism.

For a Nation built on Islamic principles, upholding Islam and protecting Islamic interest, has been the corner stone of Saudi foreign policy. Today, Saudi Arabia is a nation which views are actively sought by world leaders looking for a better understanding of Islamic and Arab issues and the Kingdom’s diplomatic initiatives are considered crucial in averting crisis. Its intervention and mediation are solicited to resolve disputes that, if allowed to escalate, could have reverberations far beyond the region.

Saudi Arabia emerged as unified nation in 1932 and since that time has developed into a socioeconomic and political leader. Guided by foreign policy that focuses on Arab unity, Islamic solidarity and peaceful coexistence, Saudi Arabia is in a new millennium a strong advocate of peace, security and constructive cooperation throughout the world.

With regards to Saudi-Dutch relations, it is worth mentioning that the Kingdom of the Netherlands and the Kingdom of Saudi Arabia share longstanding relationships, which have witnessed continued development and constructive cooperation. In 1872 the Dutch Consulate was opened in Jeddah in order to help Dutch-East Indian Muslims who visited Saudi Arabia in order to perform Hajj, and to provide consular services to Dutch East Indian Muslims who were living Makkah.

Sin mid-1920s, Saudi-Dutch relations have developed and expanded rapidly. In 1926, the late King Abdul-Aziz Al-Saud sent his son Prince Faisal to the Netherlands to strengthen different aspects of the relationship between the two countries. Prince Faisal visited Queen Wilhelmina and the office of Dutch trade society (later to become ABN AMRO Bank). As one of the outcomes of that visit, ABN AMRO bank opened a currency exchange in Jeddah.

Economically speaking, the ties between both countries are strong and have witnessed rapid and continuous development. A number of Dutch companies and their joint ventures have become household names in the Saudi marketplace, such as Shell and Phillips. In contrast, two of our biggest businesses ARAMCO Overseas and SABIC-Europe have key offices in the Netherlands.

Academically, the ties between Saudi Arabia and the Netherlands have been extended with the current student exchange with the universities of Groningen and Maastricht and Dutch scholars who continue visiting Saudi universities.

We celebrated the graduation of four Saudi female medical students from the University of Maastricht at the beginning of 2013 under the new Scientific and Educational Cooperation Programme which is a joint initiative between our two countries.

In sum, the relationship between the Kingdom of Saudi Arabia and the Kingdom of the Netherlands is special and longstanding. As an ambassador and representative of my country in the Kingdom of the Netherlands, I spare no effort to intensify and strengthen this relationship and to work with my Dutch colleagues and friends for the sake of prosperity and progress of our two nations. I am very proud to say that our ties no longer focus only on the economy, but on academic, political, cultural and social cooperation.