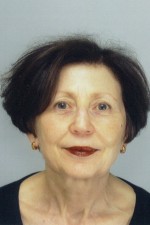 By Eveline Hartogs, Secretary of the Board of the Alliance for the University for Peace.

From January 2012 on, UPEACE Centre The Hague, the representative in the European Union of the University for Peace in Costa Rica, is based in the Academy building of the Peace Palace. The University for Peace (UPEACE) was created in 1980 as a United Nations treaty organization to support the UN’s central peace and security objectives. Its mission is to provide humanity with an international institution of higher education for peace. The University was established under its own Charter, approved by the UN General Assembly, which authorised UPEACE to grant Master’s degrees and doctorates. UPEACE has strong links with various parts of the UN system, including the UN Secretary-General’s office. The new centre in The Hague is meant to become UPEACE’s representative body in the European Union. UPEACE The Hague focuses on education and research in the field of peace issues, in close cooperation with renowned academic and policy-oriented institutes in The Hague region.

Mission
The mission of UPEACE The Hague is to complement the existing academic expertise in global justice, international relations, international law and development studies in The Hague region by providing higher education and undertaking research in the area of peace, and to promote and facilitate UPEACE operations in the Netherlands and beyond. This will be realised on the basis of knowledge and expertise from the UPEACE global network and in cooperation with organisations in The Hague region.

The focus on education and research in the field of peace issues is important for young people, teaching them that peace is not self-evident. Peace is more than ‘absence of war’: peace implies a culture of non-violence and safety. It is also important to have research based peace education; by analysing former and current conflict situations, structures and systems can be found, that give more insight in questions regarding the causes of conflicts and how to prevent conflicting situations from becoming violent. Such research can even be more effective when it will be combined with, for instance, matters of sustainability, water problems, or urban security.

Short descriptions of the courses can be found at www.upeace.nl, as well as information on other activities of UPEACE The Hague.

These educational developments show clearly that UPEACE The Hague has, within its short period of activities in The Hague, taken important steps in reaching its goals, although there is still a long way to go!