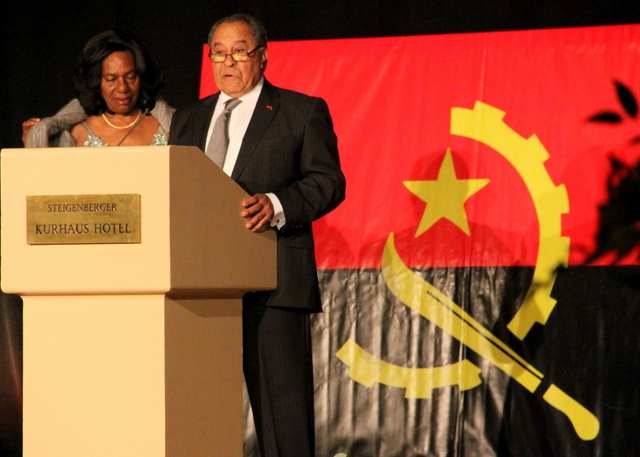 “Urbi and orbi”, the Independence of Angola

By Luis Jose Almedia, Ambassador of the Republic of Angola.

We have recently celebrated the 38th anniversary of the independence of my beloved country: Angola. Let us remember some history: Thirty eight years ago, at midnight of the memorable 11º of November of 1975, our late president, the great Agostinho Neto proclaimed urbi and orbi before Africa and the world the independence of Angola.

Thirty eight years later, where do we find ourselves?

Angola is a fully sovereign and independent country, respected throughout the world, and that has been paving its way through prosperity since its independence.

Reconstructing our country after several years of war has been a focal point for us: Roads, Railroads, Airports and Ports, hospitals and housing have been flourishing in the past few years, but also schools and universities as well as training centers in order to fight illiteracy and allowing our children to have access to school have raised as well.

The political stability has allowed us to have a fast growing economy based on the collaboration of our friends and economic and financial partners but mostly by the utilization of our natural resources and the governmental effort into reducing poverty.

We have, as a diplomatic representation, been here since 2011 and our government’s decision in opening the embassy in the Netherlands comes from the desire to strengthen our relationship with this great nation in the perspective of developing even more strategic partnerships between our two countries and for us to benefit from the entrepreneurship know-how and dynamism Dutch companies are known for.

To conclude, I would like to thank a great man, who also happens to be a great friend of my country, Mr. Paul Staal, a founding member of the Angolan Komitee, who supported the liberation struggle of Angola.

I would also like to thank an Angola company, ASC – Angola Steel Corporation, represented by my daughter Sanga, for helping us bring a musical band from Angola during our National Day and allowing us to share some of our culture that evening.

Long live the friendship between Angola and the Netherlands !