Is There a Way Out? 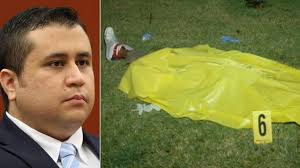 Identity Politics in a Globalised Village: Is There a Way Out?

“Trayvon Martin could have been me”-President Obama.

The above statement of President Barrack Obama on the killing of a Black American set me on a thinking roller coaster, when he also added that blacks were confronted with discrimination at every level and on every occasion in their daily life. Is he the same person, who not only became the first Black-American to be elected, as the President of the United States in 2008, but was also reelected to a second four-year term in 2012?  These words call for introspection, as Obama’s election victory was seen, as rising above the racial divide.

He assumed his office, with a mighty and catchy slogan, ‘Yes. We Can’, impregnated with deeper meaning. His remarks bring us back to the colour issue, making us ponder whether it is still relevant in USA. Or should we take it that it is a matter of political necessity, as group identity is equally unavoidable for votes, even in the world’s largest democracy? (An interesting aside on identity politics, as automatic spelling check, substitutes ‘Obama’ for ‘Osama’, which could be the greatest travesty for the US President).

Let us take another step, as we walk in to the American civil society. The current debate on the Immigration Reform Bill, if anything, it confirms that Identity politics matters. Chase for Hispanic votes is at the root of this pending legislation. Even die hard conservative Republican legislators have started rethinking their approach on regularization of undocumented persons or illegal migrants. This also raises its head, when a well-known Chicagoan Jazz Singer Alexandra Dee could not omit raising the race factor in the killing of Trayvon Martin, during the course of her concert at the MillenniumPark on July 24, forgetting the fact that the accused also belonged to the minority Hispanic community. The Identity issue hits us at another stage, when it comes to locating the Obama Library, whether it should be in Chicago or Hawaii, where Obama was born.

All the above developments have resulted in scholars and political commentators, raising a fundamental question. Is it the end of the ‘Individual’ dream in America, a country that prides itself in an individual’s worth rather than the label of the group, to which he or she belongs? Lifeway Kefir CEO Julie Smolyanski would, however, like us to believe that individual entrepreneurship matters, as she recalls the success story of her Jew Russian immigrant parents, who introduced ‘Kefir’ into the American market. On the other hand traditional Jews find themselves challenged from nationalist Jews, as they get integrated in their host states. It is, therefore, not surprising to see Rabbi Michael Sternfield leaving the Synagogue in Chicago, for his commitment to America Reform Judaism movement.

Let us now move away from the United States and see how this issue confronts us in this global village. Look at the Catholic Church and the images that emerge from Pope’s recent visit to Brazil in July 2013. A nation, with a 200 million strong Catholic population, finds itself at the crossroads, as it negotiates between ‘cultural Catholicism’ and ‘doctrinaire Catholicism.’ The Pope gave the message of ‘inclusiveness’, as he refrianed from opining on the place of gays in the Church and said, ‘Who am I to judge?’ The same divide is visible in ‘political Islam’ and ‘cultural Islam’ in many Muslim countries in South and Southeast Asia.

It follows us, when Oprah Winfrey raises the issue of racial bias in Switzerland or the Sikhs complain of religious bias in Italy and France or Bollywood Superstar Shah Rukh Khan is held at an airport in USA, as he has a Muslim name. Identity politics engulfs us in this melting pot America, when Nina Davaluri, person of India origin, is crowned ‘Miss America 2013’, but is subjected to racial slur, being perceived as an Arab and not an American. It also confronts any person, who attempts to understand difference between ‘Hindutva’, a way of life and ‘Hinduism’, representing Hindu religion.

It is the same story in India, which confronts identity politics in elections, based on religion or caste, even though the highest offices of the President, Vice President and Prime Minister have been held by persons belonging to the minority communities, with the Indian Constitution committed to equality. Furthermore, it is the regional or language identity, which results in carving out new states (provinces). The small may not be always beautiful, if it still lacks governance. Identity label is invoked, when a young bureaucrat, named, ‘Durga Shakti Nagpal’, takes on powerful Mafiosi, getting inspiration from her name, which symbolically represents empowerment, like the Hindu deity of ‘Power’.  Identity issue became a bone of contention among Political Parties, as these stooped to gain political advantage.

I now return to the United States, where I am currently on a holiday with my family at Chicago. The US Senate has decreed crimes against the Sikhs under the ambit of ‘Hate Crimes’, as for six other religions. The Sikhs in the United States have become victims of hate crimes, as they are perceived to be Muslims, for the turbans they wear, as a part of their religious symbols. On August 5, 2012, the community faced wanton killing of worshippers in their Gurudwara (ReligiousTemple) in Oak Creek in the State of Wisconsin. Identity does matter, even if it is a mistaken one, in this particular case. Inter-Faith prayers held on August 5, 2013 brought out the best in humanity,as representatives from different Faiths spoke in unison. It was an attempt to rise above identity labels, to discover light out of darkness, as we were reminded of the words of Martin Luther King Jr.

How does ‘Identity’ play out at the global level? Are we deeply died in colours that distinctly divide us, as we wear different identity labels? Or are we closer to the dream of a ‘Universal Man’, as per the vision of Tagore, who believed in himself holding multiple identities, above all these labels? We are still far away from his dreams. What we have is global terrorism, global capitalism, global trade and even global communications, albeit at the technical level, but dialogue among peoples is missing. The governments would rather keep track of conversations, rather than allowing these to become bridges of friendship. Here again, politics at the international level, prevents free flow of people across the globe.

We talk of dialogue and negotiations, but resort to sanctions, economic or otherwise; joined by a willing coalition or even individually. The ‘Snowdown’ effect pushes the ‘Reset” button between USA and Russia, in the opposite direction of ‘Reassessment’. We create World Trade Organization (WTO) for international trade, but opt for regional or bilateral route, as we negotiate Free Trade Agreements. We talk of multiculturalism, but insist on migrants acquiring American, Australian or British values. Democracy has become the cherished goal, but the democrats are happy to break bread with the autocrats.

The so called democratic values, lead to the changing of regimes; while leaders play politics with the institution of ‘Democracy’, without inculcating values enshrined in this institution.. The same democratic principle, however, is missing in international governance, be it UN, IMF, World Bank. We call for Civilization Dialogue, but promote ‘Divide’ through our daily actions.  The allegiance to identity labels creates further divides, as we look for a ‘good’ or ‘bad’ ‘Taliban or when legislators in the United Kingdom attempt to bring ‘caste’ under its Anti-Racial Laws.

Where would this lead to? Do we see a diminution or accentuation of the identity labels in domestic or international politics? Does this need to be tackled at the individual, societal or state levels? Is it associated with the policies of the State? We have to ponder over these and other related issues. There are no simple answers or quick solutions. It involves a change in our mindset; to accept others and not merely tolerate them, as believed by Swami Vivekanand. We harken back to President Obama and raise the question, ‘Can We’. Yes, we can, if we follow the path of all religions, which is beautifully inscribed at the ‘Bahai’ Temple, in the vicinity of Chicago, which reads, ‘So powerful is unity’s light that it can illumine the whole earth’.

Celebrating on August 28, 2013 the 50th anniversary of Martin Luther King Jr.’s March to Washington DC, President Obama gave a message to Americans  to rise above ‘Identity Politics’, urging them  to ‘live up to the true meaning of our creed as one nation under God, indivisible, with liberty and justice for all’. We have to globally search for this ‘Unity in Diversity’, as we grapple with other identities, while maintaining our own. Leaders, as human beings, have to rise above man-created divisions, for the sake of humanity, at large. If not, then the vision of a ‘Universal Man’ would remain a pipe dream, as we stick to our identities at the individual and national levels. So would be our efforts towards building World Peace, if these lack sincerity in this politicized world. Let us all join hands in reaching out to one another, as equals , going beyond identity labels, thereby fulfilling Martin Luther King’s inimitable words, ‘I have a Dream’.