Poland-Holland: two siblings, or beyond the Hanseatic League 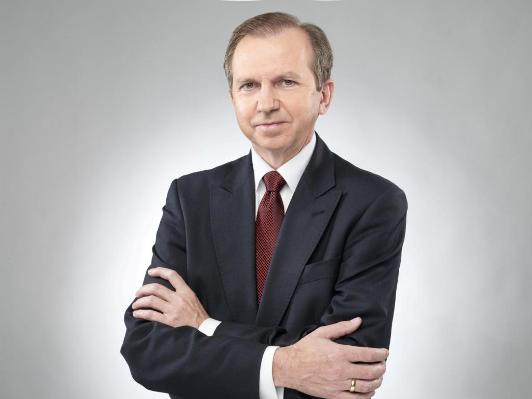 By Dr. Jan Borkowski, Ambassador of the Republic of Poland to the Kingdom of the Netherlands.

I remember that when I learned that I was going to The Hague as the Polish Ambassador, lots of cross-cutting thoughts came to my mind. Holandia! (as we call this country in Polish). The West in a nutshell, which all its achievements and challenges. And, what was especially valuable to me as a European Union scholar, one of the cradles of the European integration. I also looked forward to the Dutch order and good organisation – which I appreciate so much in my work and personal life. The third thought, and on a lighter note, was that I would be a happy man, because I would live in the only country where nobody confuses Poland with Holland and thus no remarks like: “Oh yes, your windmills are beautiful” or “How is Johan Cruyff doing?”.

For somebody who knows Poland and Holland quite well it would indeed be difficult to mix them up. But for somebody who knows Poland and Holland a little better, it would be not so difficult to observe how much of Holland there is in Poland nowadays, and vice versa. Most teenagers in Poland learn about the tulip folly, the siege of Leiden or the Dutch masters. The essays on the Dutch history, Martwa natura z wędzidłem, written by our famous poet, Zbigniew Herbert, entitled after the famous Emblematisch stilleven by Johannes Torrentius, are an obligatory reading in the secondary schools. But art is only one side of the coin, the other is the long-standing tradition of settlements, studying, trade contacts including the famous Hanseatic League.

It starts perhaps with the Dutch settling in Poland in the Middle Ages. The lowlands around Gdańsk are very much similar to the Dutch polders, no wonder that the Dutch colonists chose to settle there as early as the 13th century. They were followed by the Dutch Mennonites, not less than 150 thousands of them, establishing themselves in the end of the 16th and in 17th century along Polish rivers. And those who happen to have been to Warsaw may know that “the Warsaw Montmartre”, Saska Kępa, or the Saxon Meadows, used to be called Holandia and was not in fact settled by the Saxons but by the Dutch. So not only Manhattan. But also many Poles chose the Low Lands as their second home, among others children of those who liberated the Netherlands in 1944 and 1945 with generals Sosabowski and Maczek.

Even though we do not use the Baltic sea for trade as much as we did, the trade is growing. The Netherlands is one of the most important investors in Poland and the Polish citizens use the free movement of persons to settle and work here, to the benefit of both countries. Both the Polish and the Dutch are by nature active and untamed spirits and this gives me optimism for the future. The Dutch entrepreneurship in Poland, and the Polish entrepreneurship in the Netherlands, thrives. As I was handing over the Dutch-Polish Business Award this year, I heard very symptomatic words by one of the Dutch co-organisers: “Dutch entrepreneurs are optimistic when it comes to perspectives of doing business in Poland, the fastest growing economy in the EU and the biggest emerging market.” I take it as a compliment as much as an impartial assessment of the current situation.

Poland moved to the West after 1989, and after 2004 it fully returned to the European family. The distance between Holland and Poland is now shorter than ever – 560 km, with no border controls and through an excellent transport network. It is now easier than ever to rediscover ourselves, much as the previous generations did over the last 700 years. Those who have not made their minds yet, please come and take your time, this is only a six hour drive. As we are entering the year 2014, the 10th year after the Polish accession to the European Union, there will be another occasion to see Poland and celebrate together.

I wish all the readers of the Diplomat’s Magazine a very happy New Year 2014, and tot ziens in Polen.