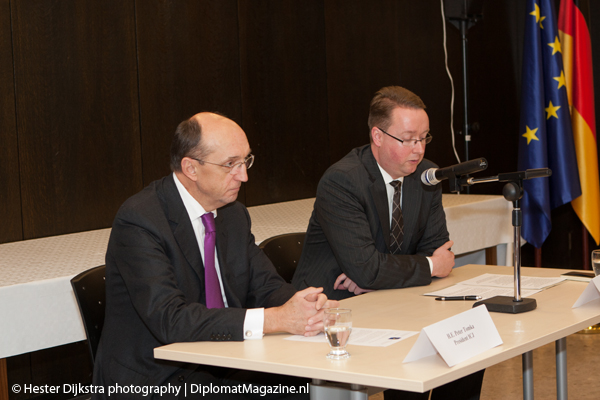 Le Club de Droit International (Le Club) was launched on Tuesday 21 January at the Embassy of Germany situated at at Groot Hertoginnelaan 18-20 in The Hague.  The first speaker was H.E. Mr. Peter Tomka, President of the International Court of Justice.

The aim of Le Club is to provide an informal forum for discussion to the benefit of diplomats in charge of the legal affairs of the Embassies represented in the Kingdom of the Netherlands, as well as to promote an understanding of international law in a city that has become “the legal Capital of the World”, through active and dynamic meetings between diplomats and the broader legal community.

We took the initiative to launch Le Club because we consider that there is an interest in having a forum for informal discussions on legal topics of relevance to the work of diplomats in charge of the legal affairs.

Embassy of the Federal
Republic of Germany

Embassy of the Republic of South Africa

Embassy of the Republic of Serbia

Embassy of the Republic of  Nicaragua