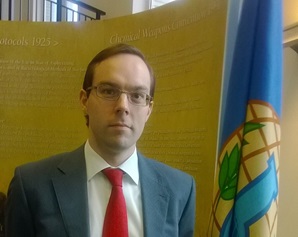 Many might not realise it, but politics in the Netherlands are a fascinating affair. Currently, the Dutch Lower House is comprised of 11 (!) parties and one independent Member. Given this large number of parties and given that the Lower House counts 150 seats, it is not surprising that power is scattered. The governing parties PvdA and VVD together have 79 seats, while CDA, D66, SP and PVV each have 12-15 seats. The remaining 16 seats are taken by no fewer than five parties and one independent Member, namely Mr Bontes (formerly PVV).

As a result of this “fragmentation”, parties choose to, or have to, cooperate with one another on issues that would otherwise clearly divide them. The VVD-PvdA is the most obvious example of a somewhat dichotomous partnership, and there are others, such as the recent “Constructive-3” (D66 and the Christian parties CU and SGP), and the contentious VVD-CDA government that was tacitly supported by PVV.

Furthermore, parties need to re-think their policies and strategies to win (back) voters that have voted or could possibly vote for another party in the future. Voter volatility is a rather modern phenomenon in Dutch politics, which have traditionally been dominated by VVD, PvdA and CDA. The financial and economic crises and the support for controversial notions might provide some explanation as to the rise of PVV and the fall of CDA and GroenLinks. Additionally, these days, the enduring economic downturn and the perceived incompetence of the EU institutions in this regard as well as the lack of a clear identity and policy direction of some parties, sustain the current state of play, in which PVV has the edge. While the VVD-PvdA government is committed to devise and implement reforms, opposition parties clearly dominate Dutch politics, as the above developments have strengthened the role of the Upper House, which, until lately, was an institution that operated in the background.

At the time of the current government’s formation, the negotiators thought that it would not be necessary to include more parties in the coalition so that support in the Upper House would be guaranteed. Doing so would in any event have necessarily led to the inclusion of at least one more party, which would complicate the negotiation process. Without Upper House support as a given, the government has revitalised a core element of Dutch politics: the “polder model”. This term refers to the practice of agreement-brokering with employers’ and employees’ associations and other major stakeholders, the so-called social partners. The cabinet employs this method also in its dealings with political parties, by negotiating agreements with parties in the Lower House, who, in return for concessions, pledge their support for legislative bills once they are put before the Upper House. Consequently, the Upper House is now highly politicised. Moreover, the “Constructive-3” carry little political accountability for the agreements, whereas the social partners carry none. Dynamic, indeed.