Minister of Foreign Affairs of Benin, visited the ICC. 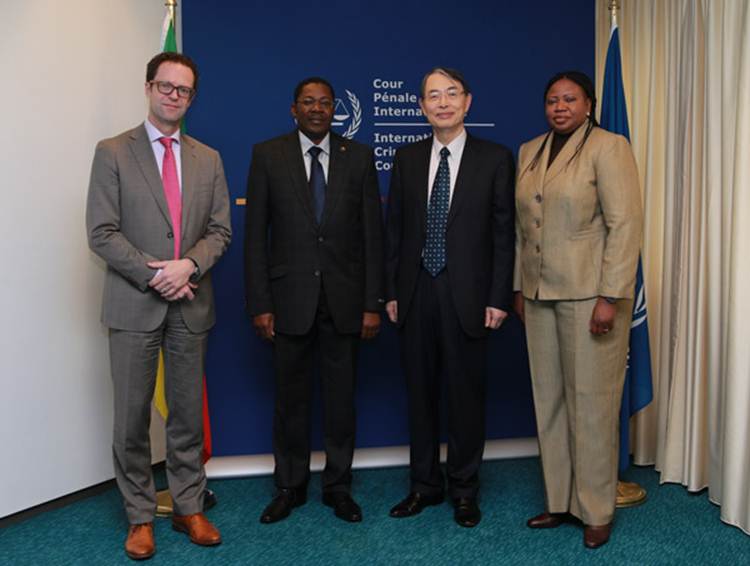 ICC President, Judge Sang-Hyun Song thanked Minister Nassirou Bako-Arifari for Benin’s continuing support for the ICC: “We are honored to receive such an eminent delegation from one of the ICC’s founding members. In another increasingly busy year for the Court, I believe that Benin can play a very important role in promoting a constructive dialogue about ICC’s crucially important mandate,” President Song said. “To guarantee justice for victims everywhere, and to prevent future atrocities, we must further enhance the effectiveness of the Rome Statute system, and we can only do this through cooperation, dialogue and commitment”, he added.

Minister Nassirou Bako-Arifari expressed Benin’s full support and commitment to the ICC: “Benin has supported the ICC since its creation and is committed to maintain such support. We will continue to stress the importance of justice and the fight against impunity worldwide”.

Benin signed the Rome Statute – the Court’s founding treaty – on 24 September 1999 and ratified the Statute on 22 January 2002. Minister Nassirou Bako-Arifari’s visit to the ICC highlights Benin’s ongoing support to the Court and the joint efforts deployed in the fight against impunity for the perpetrators of the most serious crimes that affect the international community as a whole as listed in the Rome Statute