City of Peace and Justice 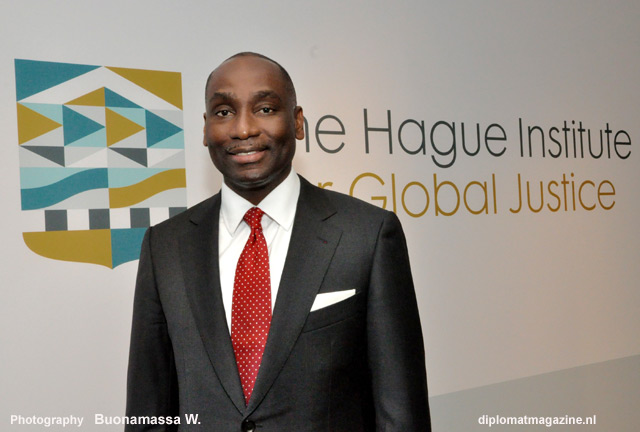 Last years’ centenary celebrations at the Peace Palace were a reminder that The Hague’s role as an international center of diplomatic activity is not new.  The anniversary gave cause to reflect on the reality that, notwithstanding The Hague’s profile as an international legal capital, the role it plays is even more expansive.  This is not merely a center of law, but more broadly, a place where justice is sought.  And the pursuit of justice, as the United Nations Charter underlines, must go hand in hand with peace.   The genesis of the Peace Palace reminds us that efforts to entrench the international rule of law are ultimately efforts to achieve lasting peace.  In this way, The Hague is not only a legal capital but, as the city’s Mayor importantly recognizes, the International City of Peace and Justice.

The mission of realizing the promise of The Hague’s institutions and expertise is not one that rests only with courts, or with local policy-makers.  It is a goal which is shared by knowledge institutions like The Hague Institute for Global Justice and by the diplomats resident in the Netherlands.  Before arriving in The Hague a year ago, I served in senior postings at the United Nations and at the United States Institute for Peace.  I am therefore no stranger to either New York City and Washington DC, two cities whose diplomatic corps’ boast enormous expertise.  Nevertheless, since arriving in The Hague, I have been continually struck by the quality, ingenuity and effectiveness of the diplomatic representatives who live and work in the city.  They are, I find, some of the best in the world.   The work that the diplomatic community carries out here, on behalf of individual nations and the international community is, I believe, one of the attributes that is transforming The Hague into a pre-eminent international political capital.

The Hague Institute, the organization which I lead, seeks to harness this experience and to ensure that, in this era of ‘networked diplomacy’, innovative links are made between the diplomatic corps, policy-makers in the Dutch government, business leaders, civil society and academics.  Through our monthly Hague Roundtable Series, we convene events under the Chatham House Rule to discuss key international issues and trends, including, for example, migration, the work of the ICTY and the Iran nuclear deal.  Our Distinguished Speaker Series, which over the past month has welcomed former German Foreign Minister, Joschka Fischer, and former Dutch Prime Minister, Jan Peter Balkenende, aims to provide a platform for the world’s leading statesmen to engage with the diverse community of practitioners in The Hague, especially those in the diplomatic corps.

The close ties that have been formed between The Hague Institute and many of the diplomatic missions in the city has been critical to our ongoing work.  In the months and years to come, I look forward to welcoming many more colleagues from this diverse community to The Hague Institute and to continuing our work to convene experts and disseminate cutting-edge knowledge to those in the policy-making process.  In so doing, I am convinced that the eyes of the world will increasingly turn to The Hague, not only in search of legal solutions, but also as a place where peace is pursued and achieved.