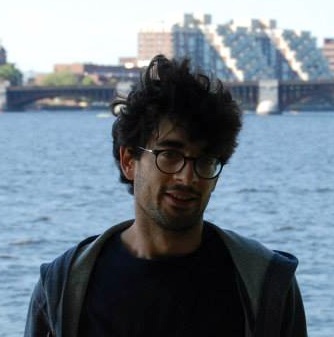 Sochi the war against the environment

The Sochi Olympic Games are over and it is about time to start considering their controversial environmental heritage.

By Antoine Duval, Senior Researcher at the Asser Institute  in The Hague

At the beginning there was a lie. The Organizing Committee for Sochi promised “to apply a sustainable management system to the development of facilities and operations, sustainable design principles in construction and improved measures for waste collection, processing and disposal.” However, confronted with the contradictory evidence, it is no longer possible to even confer the slightest credibility to what should be seen as a misleading and hypocritical statement. Moreover, this is not the story of an unforeseen development; the evaluation commission of the International Olympic Committee (IOC) itself had highlighted that the organization of the Winter Games in Sochi would be potentially destructive for the environment. NGOs have not ceased in pointing out the total neglect for environmental concerns at Sochi’s construction sites. But, the IOC has turned a deaf ear to the many SOS’s sent out by environmental organizations.

Organized irresponsibility at the IOC

The German sociologist Ulrich Beck has developed, in his work on the Risk Society, the concept of organized irresponsibility to qualify the fact that we live in a society where nobody seems to be held accountable for the (environmental) risks one gives rise to. This concept fits well the attitude of the IOC. Here, we have an institution that calls into being every second year a gargantuan sporting event producing massive strains on the environment, without considering itself in any way responsible. It is only by submitting the IOC to the close scrutiny of the global public sphere that it might be coerced into enforcing its own values and principles enshrined in the Olympic Charter.

This implies that the values and principles highlighted as fundamental by the Olympic Charter, particularly in its preamble (one thinks also, in the context of Sochi, of the principle of non-discrimination), be considered as such in the IOC’s administrative practice. This would mean for example that the environmental criterion, which is nowadays allocated little weight, should be upgraded and considered a fundamental pillar in the evaluation process of the candidate cities. In addition to that, such an ex ante mechanism could be bundled in with binding commitments enforced by independent third-parties (environmental NGOs) that could be integrated into the existing ex post monitoring mechanisms used to oversee the organization of the games (e.g. the host-city contract). Thus, the IOC’s blackmailing on financial conditions and infrastructural investments, could be turned into a “whitemailing” forcing the host city to adopt certain environmental and human rights standards under the shadow of withdrawing the Games. Indeed, the IOC is far from being deprived of means to enforce environmental and human rights standards. To this end, it only needs to give flesh to those fundamental principles anchored in the suave wording of the Olympic Charter.