Pope to visit Jordan in May 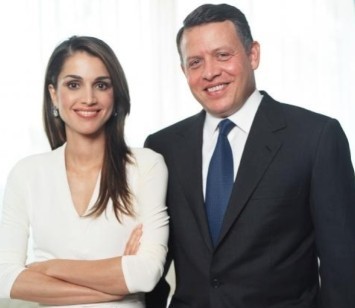 The Pope Francis I, will visit Jordan to celebrate a mass service in Amman International stadium on May 24 from 4:00 to 6:00 pm. In response to an invitation by His Majesty King Abdullah II, Pope Francis I will pay an official visit to Jordan on May 24. The visit of the Pope, the first since his election as leader of the Catholic Church, is an important step towards enhancing fraternity and tolerance between Muslims and Christians as well as the message of peace called for by all monotheistic religions.

During his tour, which will also include Palestine and Israel, His Holiness will discuss with King Abdullah relations between Jordan and the Vatican as well as issues related to promoting fraternity and dialogue and Islamic-Christian coexistence, in addition to the latest developments in the Middle East.

Their Majesties, King Abdullah II and Queen Rania Al Abdullah, made an official visit to the Vatican last August during which they met with Pope Francis I. The pontiff’s visit to the Kingdom is the fourth in half a century, starting with Pope Paul VI’s tour of Jordan and Palestine in 1964. The second visit to Jordan was by Pope John Paul II in 2000 while the third was by Pope Benedict XVI in 2009.

Pope Francis I, Jorge Mario Bergoglio, first Pope of the Americas hails from Argentina. The 76-year-old Jesuit Archbishop of Buenos Aires is a prominent figure throughout the continent, yet remains a simple pastor who is deeply loved by his diocese, throughout which he has travelled extensively on the underground and by bus during the 15 years of his episcopal ministry. “My people are poor and I am one of them”, he has said more than once, explaining his decision to live in an apartment and cook his own supper. He has always advised his priests to show mercy and apostolic courage and to keep their doors open to everyone. The worst thing that could happen to the Church, he has said on various occasions, “is what de Lubac called spiritual worldliness”, which means, “being self-centred”. And when he speaks of social justice, he calls people first of all to pick up the Catechism, to rediscover the Ten Commandments and the Beatitudes. His project is simple: if you follow Christ, you understand that “trampling upon a person’s dignity is a serious sin.

The land of modern day Jordan, has been the site of significant events in the history of Christianity spanning across centuries throughout the New and Old Testaments. It is because of this religious significance that sites all around Jordan have been designated as pilgrimage sites and have been visited by Pope Paul VI, Pope John Paul II, and Pope Benedict XVI within the past half century and expects its fourth Papal visit by Pope Francis now in May of 2014. As a land dedicated to religious coexistence, the country of Jordan maintains these religious sites for the use of pilgrims from all around the world.

“Today I am in Jordan, a land familiar to me from the Holy Scriptures – a land sanctified by the presence of Jesus Himself, by the presence of Moses, Elijah and John the Baptist; and of saints and martyrs of the early Church. Yours is a land noted for its hospitality and openness to all.”