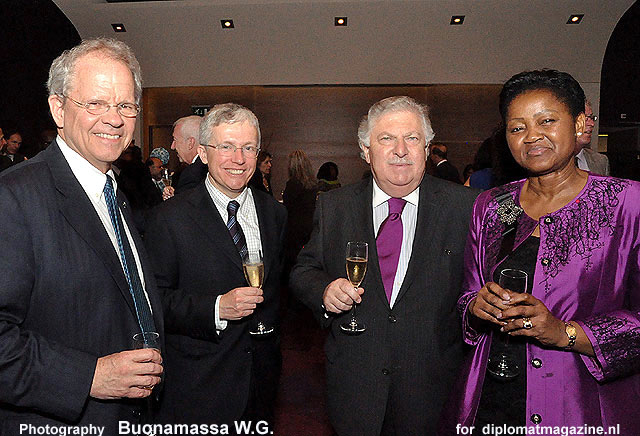 Her Excellency Mrs. Odette Melono, Ambassador of the  Republic of Cameroon, hosted a reception at the Hilton Hotel in The Hague to celebrate the National Day. Although Cameroon’s National day is celebrated on May 20th, Cameroon achieved independence from France on January 1st, 1960. However, the Government chose May 20th as Cameroon’s  National Day to commemorate President  Ahmadou Ahidjo’s  abolishment of the Federal  System of Government and the creation of a unitary country in 1972. Ambassador Melono  welcomed a great number of guests who came to congratulate her on the National Day. Following the reception the guests  were treated to a lavish dinner buffet.