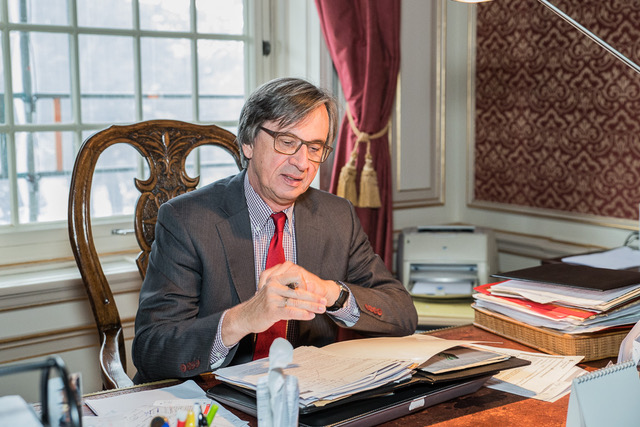 His Excellency Sheikh Sabah Khalid Al-Hamad Al-Sabah, Deputy Prime-Minister and Minister of Foreign Affairs of Kuwait,  paid a short visit to The Netherlands. Shortly after his arrival he came to Wassenaar to attend the inaugural ceremony of three brandnew diplomatic residences there. In the presence of Drs. Jan Hoekema, Mayor of Wassenaar,  His Excellency Mr. Hafeez Mohammed Salem Al-Ajmi, Ambassador of Kuwait to The Netherlands and a number of guests,  Sheikh Sabah Khalid Al-Hamad Al-Sabah planted a remembrance tree in the garden. Afterwards he had a short talk with Mayor Hoekema and gifts were exchanged. The following day Sheikh Sabah Khalid  Al-Hamad Al- Sabah was scheduled to meet the Dutch Prime Minister Mark Rutte  and the Dutch Minister of Foreign Affairs Frans Timmermans.