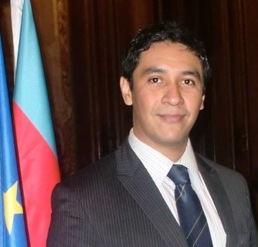 Baron Estramant, has interviewed the former King of Egypt about the ongoing unstable situation in his homeland. King Fuad II, was a child monarch from 26 July 1952 to 18 June 1953 when Egypt was proclaimed a republic. He was only six months old when his father King Farouk abdicated to appease revolutionary, anti-monarchist forces in Egypt. He was the last “monarch” of the Mohammed Ali Dynasty that had ruled Egypt since 1805.

You were nominally the 12th monarch of the Mohammed Ali Dynasty, and 3rd “King of Egypt and Sudan” for a brief period between 26 July 1952 and 18 June 1953. Albeit you did not grow up in Egypt you see yourself as an Egyptian and a man with a “duty” towards Egypt. How responsible do you feel for your country, and how can you achieve anything from your exile in Switzerland?

I have always felt that I have a “duty” towards Egypt. There was a period when it would had been unwise for me to undertake anything concerning Egypt. Times have changed and hopefully are going to get better. Opportunities may arise in the future where I could promote Egypt in one way or another from wherever I live. 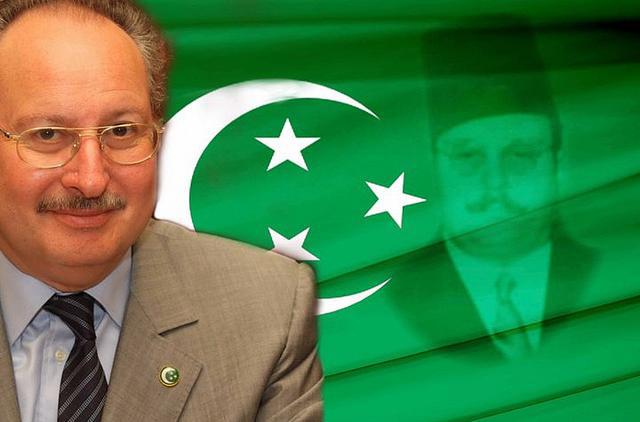 You were merely 6 months old when you became the constitutional yet nominal “King of Egypt”, since then you have lived in exile mostly in Monaco, France, Morocco and Switzerland. What is your current status? Are you allowed to visit Egypt? Do you travel with an Egyptian passport? When were you there last? Are you now in a self-imposed exile?

I am an Egyptian Citizen. I can go to Egypt whenever I wish and I was last there four years ago.  As I could go and live there at any time I chose, the term self-imposed exile, which was true a few years ago, is inappropriate today. Call it a diplomatic decision.

There is a bit of revival, perhaps mostly nostalgic for royalty around the world once an oppressive regime falls. We experienced it in Afghanistan where the former monarch even became “Father of the Nation”, in Libya the Prime Minister asked parliament to restore the honour of Al Senussi. In the Balkans the end of Communism brought a wave of interest for the members of their deposed royal houses, however, the royals heirs were long kept away from Bulgaria, Romania, Serbia, etc.  On the other hand, all the interest and media coverage has led to no political or cultural role for the heirs of deposed royal houses, with the exception of Cambodia in 1993 or the purely ceremonial role given to King Mohammed Zaher Shah of Afghanistan. Are you not missing out by staying away from Egypt? Could you not return to your country without being involved into its complicated politics?

Egypt is coming out of a serious political turmoil. My presence there could had been misconstrued or misused even if I had kept myself totally out of politics. I have never wished to be a burden or an involuntary hindrance to the Egyptian Authorities. I do not have to live there to serve my country.

You have stated in the past that you do not support any monarchist political parties or endorse any political movements. Would you rather see yourself as a cultural ambassador for your country?

I would welcome the opportunity to serve Egypt as a cultural ambassador or in any other useful capacity. However, it must be well understood that I would undertake such a duty  only with the approval and cooperation of the Egyptian Government in power.

The nostalgia for a monarchical system has been reverberating in Libya whereas in Egypt the monarchical past has not sparked the same enthusiasm, particularly not amongst the younger generation which makes up the bulk of the population.  Do you think it might have to do with the bad image spread during the last 60 years against your father King Farouk I? Some people might portray your dynasty as foreign because of its Albanian-Turkish roots?

The bad image that was so falsely spread during the last 60 years against my father King Farouk has been greatly corrected over the last few years and another picture emerges today. A lot remains to be done. I am confident that historians and some are already at work, will restore the truth about my father’s reign and work as it was so badly distorted after his abdication.

Politically you are not relevant, yet, one day you may be called upon in playing a role, even if ceremonial in contemporary Egypt. What are your visions? How do you think you can be useful to your country? What would be the ideal and realistic scenario for you?

I think I have already answered that question. Future events are in the hands of Allah.

Your eldest son and heir, HRH The Prince of the Sa’id (Upper Egypt), Mohammed Ali, wed last year a grand-daughter of Afghanistan’s last monarch, Princess Noal Zaher Khanum, in Istanbul. He was even born in Cairo unlike his siblings. Did you have to request a special permission for it back in 1979? How active is your eldest son in the Egyptian cause? How close does he follow the ongoing developments in Egypt?

Yes, a special permission was given by the late President Sadat for my eldest son to be born in Egypt. Of course, he keeps himself fully aware of anything that has to do with Egypt. His involvement is however limited for the very simple reason that he has to work like any ordinary human being to earn his daily bread.

How active are your other two children, Princess Fawzia and Prince Fakhr Eddin?

Like her elder brother, Princess Fawzia works for her living. She did spend a few months in Egypt some four years ago and worked in a commercial office for a while. Prince Fakhr El Din is still studying.

Are you/your family currently involved in any charities or humanitarian aid for the Egyptian people?

Again, we have to be very careful as to any involvement my family may have in Egypt and ensure it is not misinterpreted. As far as any participation we may have in charities or humanitarian aid, it must remain within the realm of the private sphere of our lives.

Have you considered dispatching one of your children or another junior member of the Royal House to Egypt to pave the way for your return, even if only as a private citizen?

I am not a person who rejects help. However, in the event of any likely return to Egypt, I fail to see at present the necessity or need to dispatch a member of the Royal House to pave the way for me.

As an Egyptian what changes would you like to see taking place in Egypt?

Better social justice and standards of  living.  Better education and enhanced equality of opportunities for all. Finally but not least, peace and political stability for Egypt without which the former cannot be achieved.