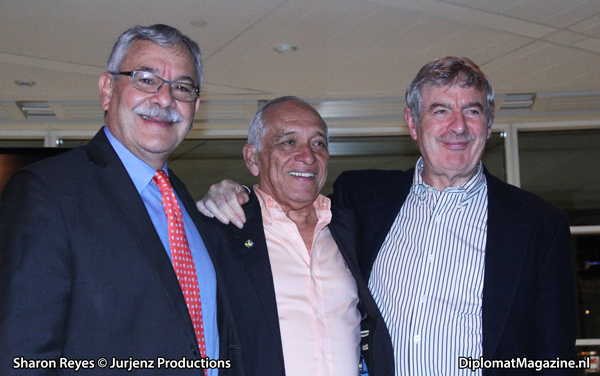 One humble man able to describe the beauty, the pain, the colors and the emotions of a land of fantasy  became one of the most famous writers in the word and first Colombia’s Nobel Price. The Colombian novelist,  short-story writer, screenwriter and journalist creator of  One Hundred Years of Solitude, Love in the Time of Cholera, The Autumn of the Patriarch, No one writes to the Colonel, Of Love and Other Demons, The Fragrance of Guava and so many more was celebrated in a special tribute organized by the Embassy of Colombia at the Hague’s Public Library on September 25. Colombian Ambassador  Eduardo Pizarro Leongómez invited as guest speakers  Frenk van der Linden, Jaime Garcia Marquez and Gerald Martin. The Studio B of The Hague Library was received many guests admiring the memoires of “Gabo”. 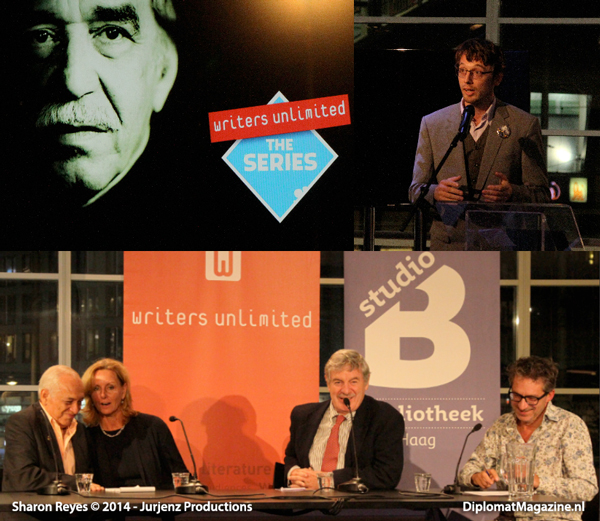