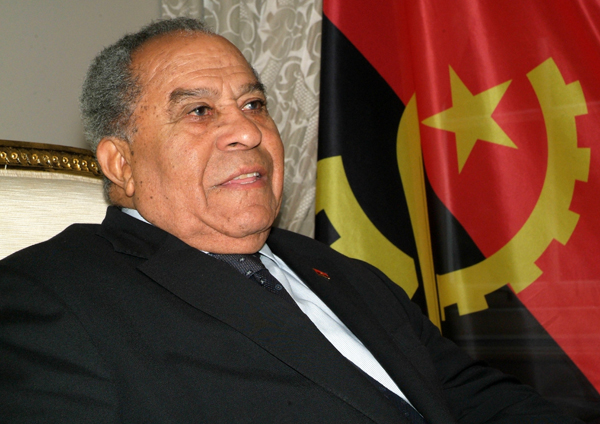 By His Excellency, Dr. Luis José de Almeida, Ambassador of the Republic of Angola.

Everyone today can pinpoint Angola on a world map. Independence was won November 11th 1975 due to the heroic combat led by its people in the resistance against oppression and the Portuguese colonialist exploitation.

However, it was only in 2002 that the country was finally liberated from the war with the intervention of the National Union for the Total Independence of Angola (UNITA). South Africa supported by its Western allies fought against our country, guilty in their eyes of destabilizing the former by supporting the African National Congress (ANC) and the South West Africa People’s Organization (SWAPO) of Namibia.

Covering an area of 1,246,700km2, that is, the equivalent of all Western Europe from the Portuguese coast to the Polish German border, Angola has around 20 million inhabitants. (Last May’s population census has not yet been published).

Endowed with great mining riches, such as petrol, diamonds, copper, iron, gold, manganese, and phosphates, Angolan agriculture is one of the most fertile of the African continent. It has a varied climate, from tropical to Mediterranean. With stable water resources, irrigated by abundant rivers, Angola has a high water potential. It has bountiful flora and fauna with a variety of animal species; from lions to rare birds of great beauty, zebras, panthers, giraffes, elephants, and antelopes of many species. One of these is the famous giant black sable antelope that constitutes the country’s pride and symbol PALANCA NEGRA GIGANTE. Angola has a long shore spanning 1,600km with fine golden beaches and one of the richest varieties of fish in the world. The Angolan sea is also known for its seafood including lobsters, crabs, prawns, shrimps, etc.

Driven into a fratricidal war for many long years, peace was finally reestablished with UNITA’s surrender on April 4th 2002. Jonas Savimbi, the leader, was killed in combat on February 22nd 2002.

With this newfound peace, the Angolan government launched an enterprise of reconstruction on an impressive national scale. Highways, railways, and airports were built. Dams were planned and reconstructed. Health centers, schools, continuing education centers, universities, and metropolitans were also built.

Meanwhile, the inflation was controlled and lowered to less than 6.9%. The National Development Plan 2012-2017 was approved; economic growth was maintained at a high level as the government’s geological plan was approved to exhibit the country’s geological riches. This would allow for the planned exploited development of mineral zones of manganese, gold, iron, mercury, and phosphates beginning the same year. 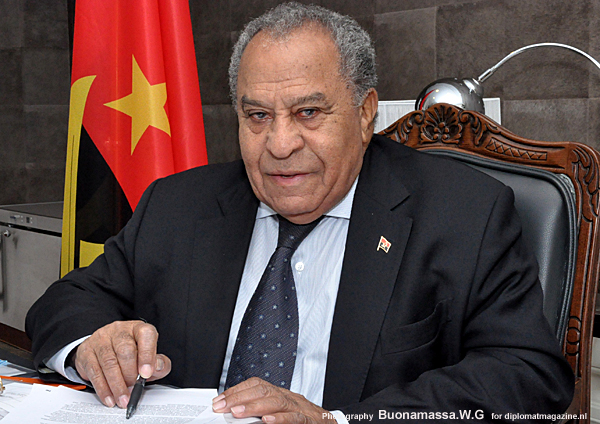 In the Midst of an economic boom, Angola hosted the official visit of the Dutch Minister of Commerce and International Development, Mrs. Lilianne Ploumen, on 9th and 10th July, 2014. Let us remember that diplomatic relations between the two countries began in 1976, a year after the Proclamation of Independence of Angola. The Angolan embassy was first installed at the Hague in 2011. Previously, the Netherlands were included in the embassy’s jurisdiction in Brussels. Presiding over a delegation of 27 Dutch businessmen, the Dutch Minister was received by the vice-president of Angola as well as the ministers of Commerce, Petrol, and Transportation, with whom she discussed the possibility of future cooperation between Angola and the Netherlands.

On the Angolan side, we believe that major developments are yet to be achieved in the economic relations between the two countries. Angola has manifested the desire to see Holland engage more in a bilateral cooperation instead of solely business. Angola imports machinery, food, and agribusiness products from Holland and exports petrol and derived products to them.

As the second largest African producer of petrol, Angola will produce liquefied natural gas (LNG) starting in 2015. The country is also one of the principal exporters of diamonds in the world. According to official estimates, it will soon prioritize its large reserves of iron, gold, phosphates, manganese, and mercury, meaning that Angola will not only depend on petrol exploitation. According to the credit rating agency Moody’s, the Angolan economy’s growth rate is estimated at 7.8% for this year. Other sources indicate that the country’s economic evolution has a tendency to ameliorate and its economic growth will escalate and peak at 8.4% in 2015.

Angolans is worldwide known as Country where the people smiles, sings and with a high degree of hospitality.