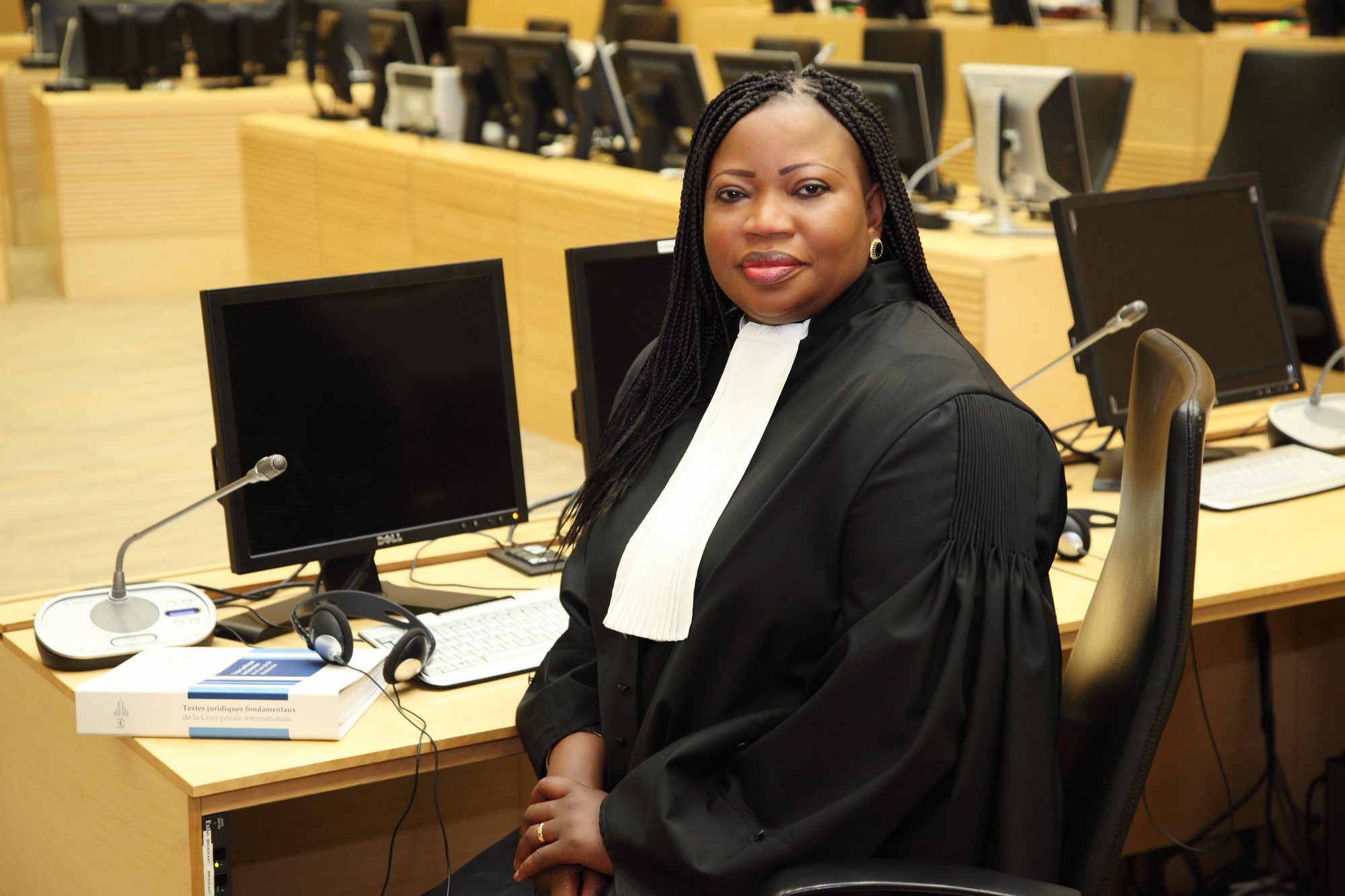 Editor
DIPLOMAT MAGAZINE “For diplomats, by diplomats” Reaching out the world from the European Union First diplomatic publication based in The Netherlands Founded by members of the diplomatic corps on June 19th, 2013. Diplomat Magazine is inspiring diplomats, civil servants and academics to contribute to a free flow of ideas through an extremely rich diplomatic life, full of exclusive events and cultural exchanges, as well as by exposing profound ideas and political debates in our printed and online editions.
By Fatou Bensouda, Prosecutor of the International Criminal Court.

Recent media reports and commentaries have erroneously suggested that the International Criminal Court (ICC) has persistently avoided opening an investigation into alleged war crimes in Gaza due to political pressure. As Prosecutor of the ICC, I reject this baseless allegation in the strongest terms. It is devoid of any merit.

When an objective observer navigates clear of the hype surrounding this issue, the simple truth is  that the Office of the Prosecutor of the ICC has never been in a position to open such an investigation for lack of jurisdiction. We have always, clearly and publicly, stated the reasons why this is so.

The Rome Statute, the ICC’s founding treaty, is open to participation by states. As Prosecutor, I can only investigate and prosecute crimes committed on the territory or by the nationals of states that have joined the ICC Statute or which have otherwise accepted the jurisdiction of the ICC through an ad hoc declaration to that effect pursuant to article 12-3 of the Statute.

This means that, at the present time, the alleged crimes committed in Palestine are beyond the legal reach of the ICC, despite the arguments of some legal scholars that fundamental jurisdictional rules can be made subject to a liberal and selective interpretation of the Rome Statute. As such, they appear to advocate that as the object and purpose of the ICC is to end impunity for mass crimes, the Court ought to intervene, even where clear jurisdictional parameters have not been met. This is neither good law nor makes for responsible judicial action.

The Palestinian Authority sought to accept the jurisdiction of the ICC in 2009.

The Office of the Prosecutor carefully considered all of the legal arguments put forth and concluded in April 2012, after three years of thorough analysis and public consultations that Palestine’s status at the United Nations (UN) as “observer entity” was determinant – since entry into the Rome Statute system is through the UN Secretary-General, who acts as treaty depositary. The Palestinian Authority’s “observer entity” status at the UN at that time meant that it could not sign up to the Rome Statute. As Palestine could not join the Rome Statute, the former Prosecutor concluded that it could not lodge an article 12-3 declaration bringing itself under the ambit of the treaty either, as it had sought to do.

On 29 November 2012, Palestine’s status was upgraded by the UN General Assembly (UNGA) to “non-member observer State” through the adoption of resolution 67/19. The Office examined the legal implications of this development for its purposes and concluded that while this change did not retroactively validate the previously invalid 2009 declaration lodged without the necessary standing, Palestine could now join the Rome Statute.

That Palestine has signed various other international treaties since obtaining this “observer State” status confirms the correctness of this position. Nonetheless, to date, the Rome Statute is not one of the treaties that Palestine has decided to accede to, nor has it lodged a new declaration following the November 2012 UNGA resolution. It is a matter of public record that Palestinian leaders are in the process of consulting internally on whether to do so; the decision is theirs alone to make and the ICC Prosecutor cannot take this decision for them.

By the very nature of the Court’s mandate, every situation in which I act in my capacity as ICC Prosecutor will be politically fraught.  My mandate as Prosecutor is nonetheless clear: to investigate and prosecute crimes based on the facts and exact application of the law in full independence and impartiality.

Whether States or the UN Security Council choose to confer jurisdiction on the ICC is a decision that is wholly independent of the Court.  Once made, however, the legal rules that apply are clear and decidedly not political under any circumstances or situation. In both practice and words, I have made it clear in no uncertain terms that the Office of the Prosecutor of the ICC will execute its mandate, without fear or favour, wherever jurisdiction is established and will vigorously pursue those – irrespective of status or affiliation – who commit mass crimes that shock the conscience of humanity. The Office’s approach to Palestine will be no different if the Court’s jurisdiction is ever triggered over the situation.

It is my firm belief that recourse to justice should never be compromised by political expediency. The failure to uphold this sacrosanct requirement will not only pervert the cause of justice and weaken public confidence in it, but also exacerbate the immense suffering of the victims of mass atrocities. This, we will never allow.