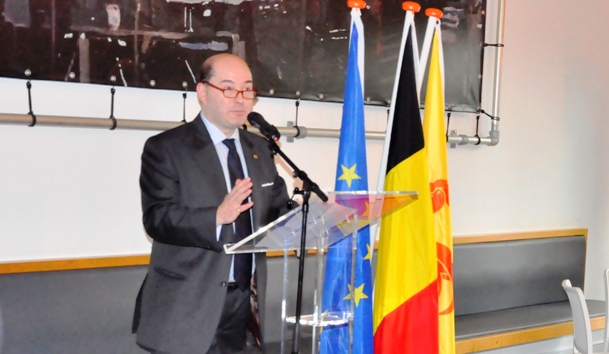 By Duke Michael of Mecklenburg.

On Wednesday 24th of September, the Wallonia-Brussels Delegation in The Hague, part of the Embassy of Belgium in the Netherlands, celebrated the Day of Wallonia and the French-speaking community of Belgium.  Marc Clairbois, Delegate of Wallonia-Brussels, and his wife, Carol Sinon, held a reception at the restaurant GEMber, adjacent to the Gemeentemuseum in The Hague.

On this occasion, ambassadors such as His Excellency Mr Hoornaert, Ambassador of Belgium in the Netherlands, members of the Belgian community and many representations of the Dutch authorities were present. The event was also the occasion to celebrate the bicentenary of Adolphe Sax, the inventor of the saxophone, born in the Walloon city of Dinant. Live music, performed by the Belgian jazz band from Liège ‘Scat Street Band’, as well as delicious Belgian food and drinks, contributed to the guests’ delight. 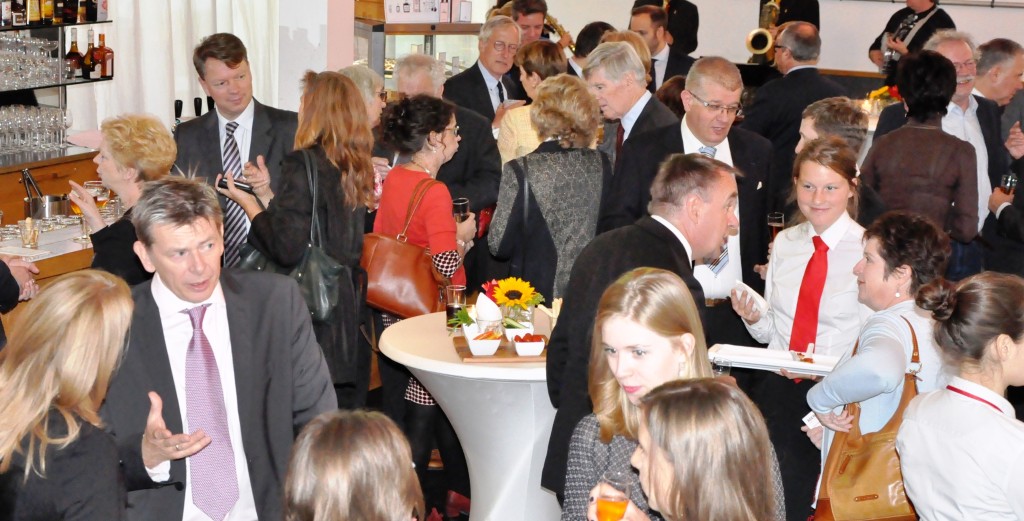 A few caricatures with an ironic wink to Adolph Sax were also exhibited. Furthermore, it was an opportunity to remind the guests of a few concrete projects between Wallonia-Brussels and the Netherlands in the areas of economics, politics, culture, education and research. In addition, the attention was drawn to upcoming events in Wallonia, for instance Mons 2015, the French Language World Forum in Liège (July 2015) and the bicentenary of the Battle of Waterloo.