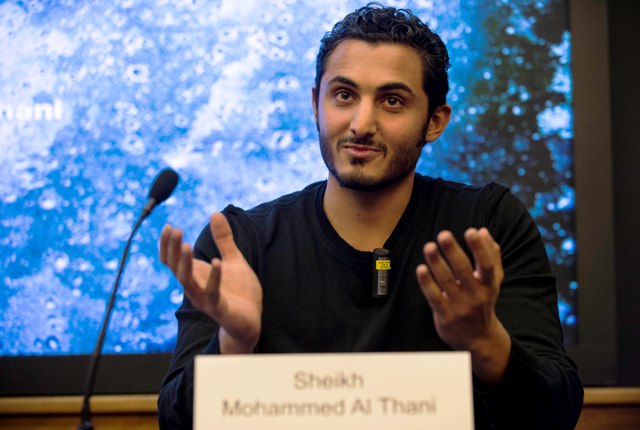 His Excellency Sheikh Mohammed bin Abdulla Al Mohammed Al Thani is a well-known philanthropist in Qatar and the UAE. The sheikh is normally based in the Emirate of Sharjah (UAE) whence his mother hails, yet he belongs to the Ruling House of Thani (Qatar) through his father, Sheikh Abdulla bin Mohammed Al Thani. He is known as the Director General for Sharjah Statistics Centre, but most prominently as a businessman and top athlete. On 22 May 2013 he became the first Qatari to climb Mount Everest in Nepal, the world’s largest mountain. In doing so Sheikh Moe Al Thani (as he is colloquially known) raised one million dollars for education projects in Nepal. Sheikh Moe is father to a the little Sheikh Abdulla bin Mohammed Al Thani.