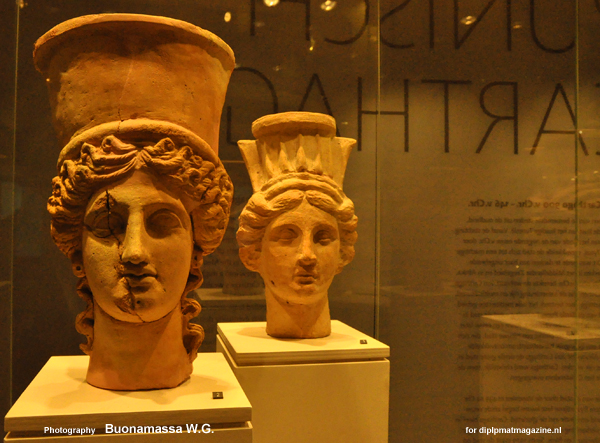 On Wednesday 26 November 2014, shortly before the official launch of the impressive exhibition about Carthage by H.E. Mr Mourad Sakli, Tunisia’s Minister of Culture, Dr Win Weijland, director of the National Museum of Antiquities in Leiden, gave an introduction to the exhibition.

Dr Weijland first expressed gratitude for the Tunisian Government’s outstanding contribution to making the exhibition possible. Weijland said they received full cooperation from the government and have been refused almost nothing. The Opening Carthago 26 November 2014 (10)Rijksmuseum van Oudheden cherishes this bond with Tunisia and considers it the start of a long-lasting cooperation. 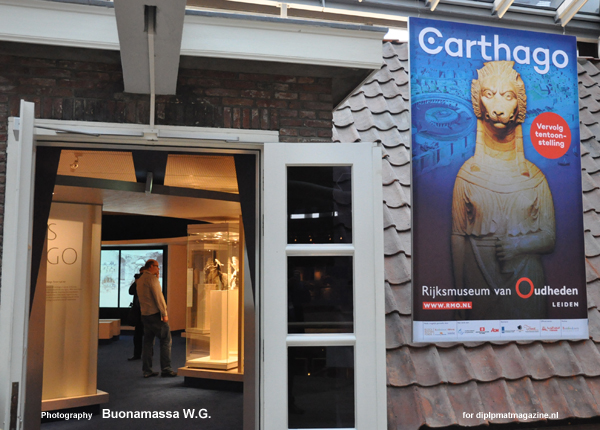 Approximately 160 impressive exhibits have been made available by Tunisian institutions. To reciprocate, MUO Leiden is to organise an exhibition in the Musee National de Carthage in 2015. This project will focus on 3 key elements: research, education and archeology. Furthermore, a student exchange program will be created. Dr Weijland calls the project cultural diplomacy. Tunisia envisages enriching her current tourism package by highlighting cultural and historical sites, including the rich assets of the ancient city of Carthage. 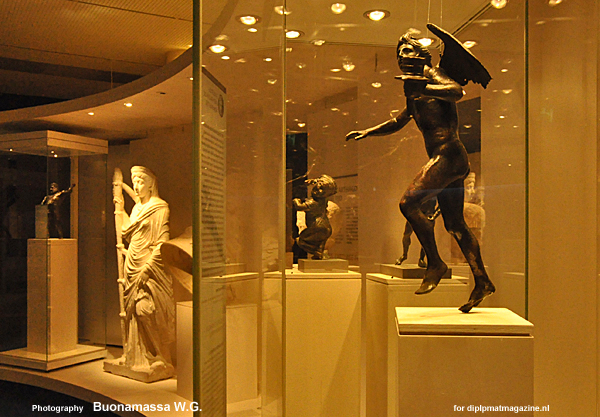 Carthage, the ancient Mediterranean city-state of splendour, vigour and grandeur, still marvels millions of people around the globe. Founded in 814 BC on the shores of what is today the Republic of Tunisia, she became an influential world power of culture and trade. The grandeur of Carthage surpassed by far that of the settlement Timgad-Thamugadi, also on the North African coast. Carthage was unfortunately savagely destroyed by Roman troops in 146 BC. One fact that undeniably made Carthage so extraordinary was the home it provided to numerous ethnic communities such as Egyptians, Romans, Greeks, Africans and Punic society. All peacefully living side by side in a cosmopolitan city. 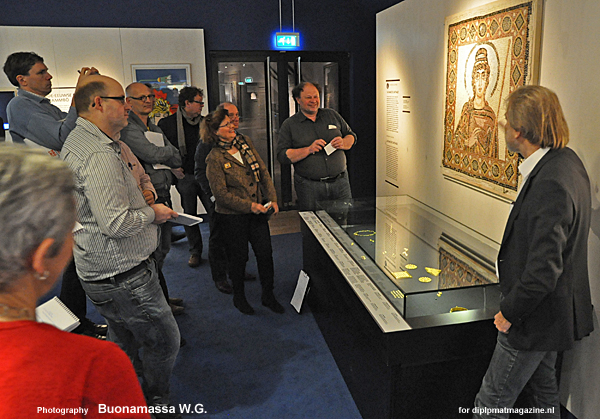 Never before have so many objects from Carthage been exhibited in the Netherlands and a visit to this unique exhibition is highly recommended. The venue is Rijksmuseum van Oudheden, Leiden and Carthage will run from 27 November 2014 to 10 May 2015.

The exhibition sponsors include Tunisia Verkeersbureau Nederland, Tunair and The Embassy of Tunisia to the Netherlands.