Diplomacy pillar of success in Utrecht 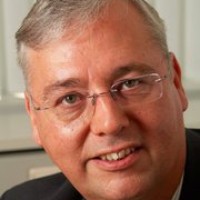 Some 300 years ago, countries in the world were allocated again in Utrecht. For more than eighteen years, arch-enemies England and France negotiated about peace in Europe. The conference, in which all countries of the continent participated, was to end bloody religious wars. Because almost every participating country also had overseas colonies, diplomatic marathon sessions led to a new division of spheres of influence throughout the world.

“The Treaty of Utrecht in 1713, or Peace of Utrecht as we call it, set a standard for solving international problems”, said Menno de la Vienne, director of the Utrecht Investment Agency and also special advisor to the Chamber of Commerce of the Dominican Republic. “The whole conference aimed to achieve results without any of the parties losing face. This is still the way international diplomacy works – be it diplomatic matters or trade relations.”

The UIA facilitates companies in establishing their office in Utrecht; the organization supports in finding an office location, applying for permits and advice on staff recruiting. The Utrecht region is home to 900 international companies. The power of Utrecht has not changed in the last 300 years. “The Treaty of Utrecht conference was held in Utrecht because it is centrally located and has a strong infrastructure. Moreover, people praised the service oriented and pragmatic attitude of both city council and citizenry,” said De la Vienne. During the conference the Town Hall had two entrances so the envoys of Britain and France could enter simultaneously. The Calvinist prohibition on theater was temporarily suspended. “Today, we see a similar service oriented attitude. Therefore, the start of the Tour de France, which takes place in Utrecht next year, will surely be a success.”

Collaboration
Once, Utrecht organized the first successful European peace conference – today Europe looks with admiration to the success of Utrecht. European studies showed twice that Utrecht is the most attractive region for companies to be located. However, this does not mean that companies blindly select the city to settle. “The UIA slowly extends the success of the Utrecht as the panacea for companies with relocation requirements. As Part of the Economic Affairs department of the Municipality of Utrecht, we have been very successful.” To illustrate this success, De la Vienne provides some numbers. “We have supported forty companies in 2014 by acting as a liaison to appropriate agencies and organizations. For five leading (international) companies the UIA catered the complete establishment process. A substantial contribution to employment in the city.”

Menno de la Vienne is familiar with the diplomatic world, not only through his work for the Dominican Republic, but also because he was internationally active earlier in his career. “I owned companies active in Human Capital Management. In that context I set up companies in Curacao for example, commissioned by the local government.” De la Vienne knows the importance of embassies and their staff. “Embassies know what entrepreneurs from their country need and they know the mores of business in their country. The good relations that the UIA maintains with diplomatic representatives contribute to the success of the agency and thus to the success of the Utrecht economic region.”

The UIA director identifies a major similarity between his organization and diplomacy: facilitating contacts, bringing people together and disseminate the unique selling points of a country or region.