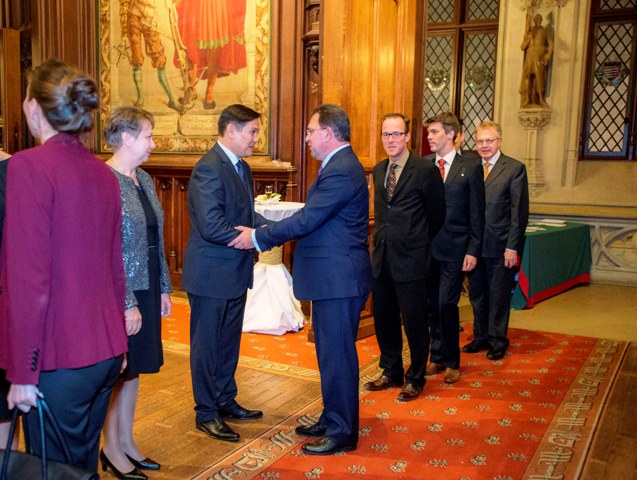 The Embassy of the Kyrgyz Republic (based in Brussels) to The Netherlands, Belgium, Luxemburg, the EU, the French Republic, to the international organisations in the latter countries, Permanent Representation to UNESCO, organised a reception at the Gothic City Hall of Brussels to mark the country’s independence day.

The reception was held to celebrate the Indepedence Day of the Kyrgyz Republic from the Soviet Union on 31 August 1991. Back then the country was name Kirghizia. 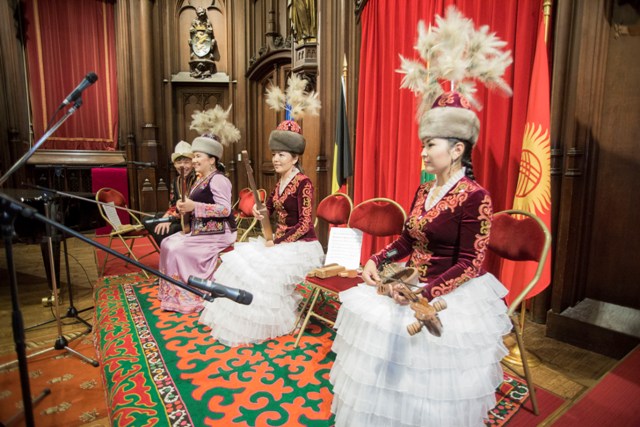 The well-attended event included a magnificent exhibition held at the marriage hall including pictures of Kyrgyz landscapes, flora and fauna, and of the Kyrgyz citizenry in their daily lives. Moreover musical performances and delicacies typical of Kyrgyzstan.

Though the Embassy of Kyrgyzstan is located in Brussels, there is a Honorary Consulate in Utrecht.

The Head of Mission, H.E. Ambassador Asein Isaev, is yet to present his credentials in The Netherlands as he only did so in Belgium on 2 July 2014. 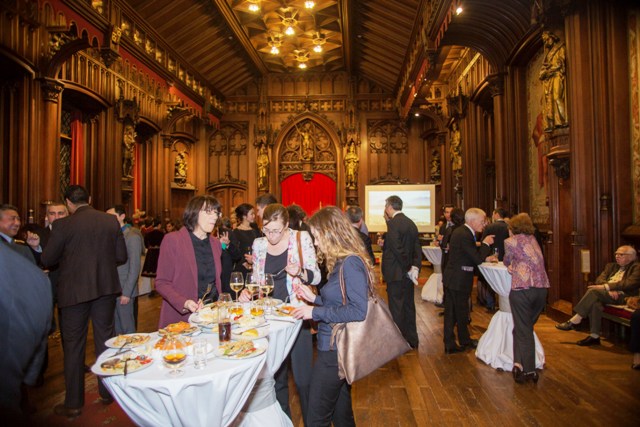