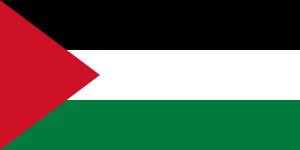 On 1 January 2015, the Registrar of the International Criminal Court (ICC), Herman von Hebel, received a document lodged, under article 12(3) of the ICC Rome Statute, by the Palestinian government declaring Palestine’s acceptance of the jurisdiction of the ICC since 13 June 2014.

The ICC is an independent, permanent court that tries individuals accused of the most serious crimes of concern to the international community as a whole, namely the crime of genocide, crimes against humanity and war crimes. Acceptance of the ICC’s jurisdiction does not automatically trigger an investigation. It is for the ICC Prosecutor to establish whether the Rome Statute criteria for opening an investigation are met and, where required, to request authorisation from ICC Judges.

Palestinian declaration under article 12(3) of the Rome Statute