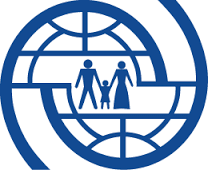 IOM denounced in Geneva,  the actions of Libya-based people smugglers responsible for the deaths of hundreds of African migrants sent to sea during a storm in unseaworthy inflatable dinghies.  Only nine people survived this latest tragedy in which at least 300 people are now missing and believed to have drowned.

“What’s happening now is worse than a tragedy – it is a crime – one as bad as any I have seen in fifty years of service,” said IOM Director General William Lacy Swing. “These smuggling networks act with virtual impunity and hundreds are dying. The world must act.”

The latest death toll could well eclipse the October 2013 Lampedusa drownings, when 366 migrants died trying to reach Europe. Details of the latest flotilla of death emerged after an Italian commercial vessel rescued nine survivors from the sea on Monday. The survivors told IOM staff that the four boats left from a beach near Tripoli on Saturday.

They were picked up in international waters between the Italian island of Lampedusa and the Libyan coast. (This was near where 105 survivors were rescued by the Italian Coast Guard on Monday, in a rescue in which 29 Sub-Saharan Africans died from hypothermia.)

This week’s fatalities indicate that the toll of lives lost to human smuggling in the Mediterranean may be even deadlier in 2015 than it was in 2014. IOM’s Missing Migrants Project (http://mmp.iom.int) reports that 3,279 migrants died trying to reach Europe by sea, and 5,017 worldwide last year. By comparison, IOM reported just 27 deaths at this point in 2014. January and February are traditionally slow months on migrant routes, which grow more active as spring approaches.

Despite severe winter conditions, 3,528 migrants have already crossed the Mediterranean during the month of January, according to figures newly released by Italy’s Ministry of the Interior. The main country of origin, the Ministry of Interior reported, was Syria, with 764 arrivals, followed by Gambia (451), Mali (436), Senegal (428), Somalia (405) and Eritrea (171).