UK troops to remain in Brunei 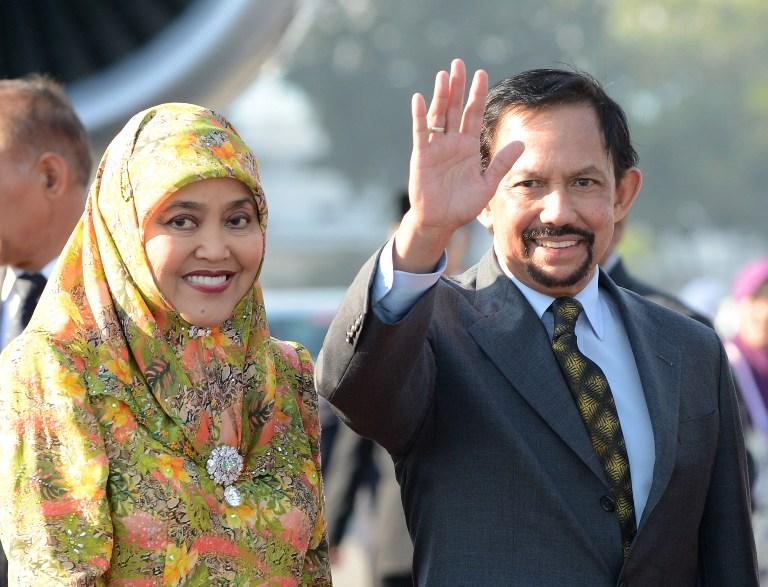 On the picture Their Majesties The Sultan and Yang di-Pertuan and The Raja Isteri of Negara Brunei Darussalam.

The Bruneian and British prime ministers have agreed to renew a defence agreement which includes troops based in the State of Brunei Darussalam (“Arrangement for the United Kingdom Force in Brunei Darussalam”). This agreement is renewed every five years at bilateral discretion. This time around the renewal was inked at Chequers Court, Hautrey Room, on 16 February 2015 in London.

About 2,000 British military personnel are currently stationed in Brunei since 1984, although the military presence goes back to the Gurkhas Rifles contingent sent over to Brunei in 1962. The military staff includes a resident infantry Battalion (currently the First Battalion, Royal Gurkha Rifles), Training Team Brunei (which provides training to members of Her Britannic Majesty’s Armed Forces) as well as a small number of British loan service personnel serving with the Royal Brunei Armed Forces. 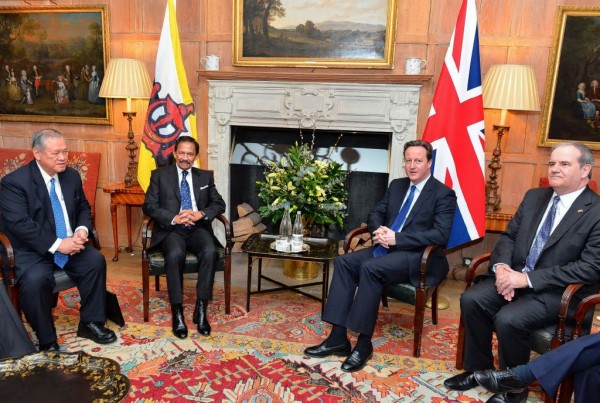 On the picture His Majesty The Sultan of Brunei in conversation with The Rt Hon David Cameron, British  Prime Minister.

His Majesty The Sultan and Yang Di-Pertuan of Negara Brunei Darussalam, Hj Hassanal Bolkiah, ascended to his throne on 4 October 1967. The Sovereign holds the governmental positions of Prime Minister, Minister of Finance and Defence.

On 5 April 2015, a royal wedding celebration is expected in the tiny Southeast Asian nation for the upcoming nuptials of HRH Prince Abdul Malik and his fiancée Dayangku Raabi’atul Adawiyyah binti Pengiran Haji Bolkiah. Prince Abdul Malik is a son of His Majesty The Sultan with Her Majesty The Raja Isteri (Sultana), Hj Saleha.

Brunei is accredited to The Netherlands through a mission based in Brussels responsible for the Benelux countries, Hungary, the OPCW as well as the EU. Incumbent ambassador, HE Dato Hj Serbini binti Hj Ali, was one of the motors behind the State Visit to Brunei Darussalam of the then Queen Beatrix back in January 2013.

Brunei Darussalam is a well-off tiny state, member of ASEAN and rich in reserves of crude oil and natural gas.