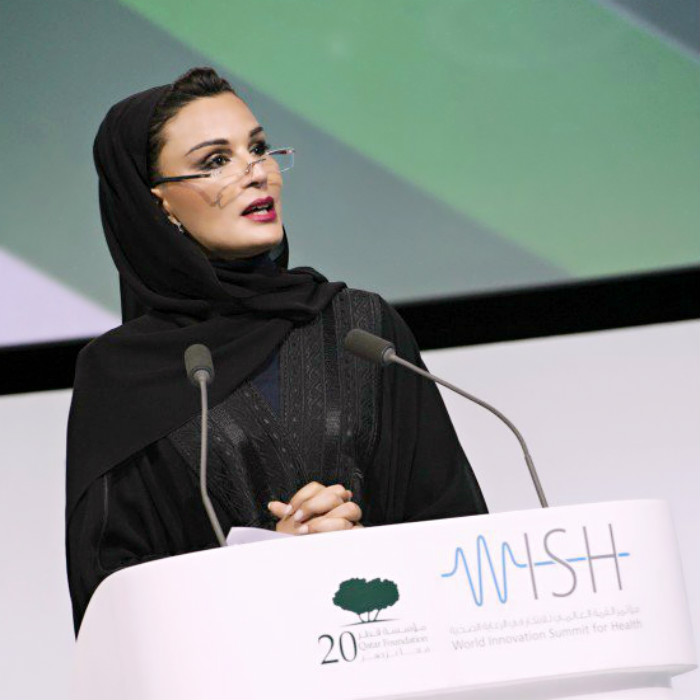 The summit brought together more than 800 of the world’s leading thinkers, entrepreneurs, decision-makers and innovators in the global health industry to discuss the delivery affordable cancer care, dementia, diabetes, patient safety and well-being in children and young people, amongst other relevant issues.

Sheikha Mozah bint Nasser is Qatar’s face of a modern Arab woman. The lady is particularly committed to champion the cause of education globally. In fact, she started her own campaign, “Education For All”, with the aim of getting an extra 10 million children around the world into school. The cost of this campaign is estimated to be $1bn, a third of which Qatar shall meet. No less than half the country’s overseas aid budget is devoted to education, much of it in places that possess little strategic significance. In 2003, the sheikha was appointed UNESCO’s Special Envoy for Basic and Higher Education. 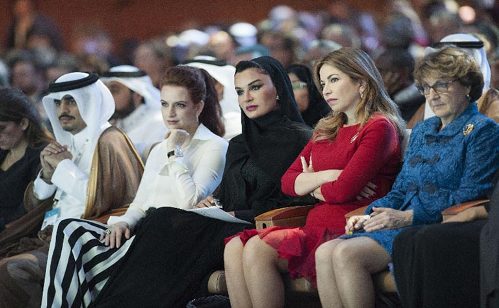 Amongst the foreign royal guests attending the event were Her Royal Highness Lalla Salma of Morocco, the latter kingdom’s First Lady, who was in Qatar paying a private visit to Sheikha Mozah bint Nasser. Lalla Salma participated in a plethora of other events, including a private tour of the Museum of Islamic Art led by Her Excellency Sheikha Al Mayassa bint Hamad bin Khalifa Al Thani, Chair of Qatar Museums.

HRH Princess Margriet of the Netherlands attended in her capacity as a member of the board of the International Federation of National Red Cross and Red Crescent Societies. She is currently eighth and last in the line of succession to the Dutch throne, aunt to King Willem-Alexander, sister of former Queen Beatrix.