How the European Parliament copes with COVID-19 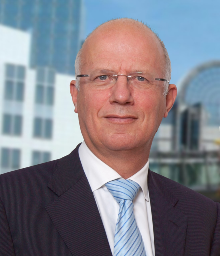 The European Institutions are, by nature, were vulnerable to international disruptions. The different places of work, national officials flying in from their home countries for meetings of the numerous committees, among others. Brussels-based European officials coming from all Member States and, in the case of the European Parliament and the Council, the participants of their plenary meetings (Plenary sessions, Committee meetings or Group meetings or Council meetings), are also travelling to and from all Member States. In the European Parliament,  Members and part of their staff, travel each week from their constituency to Brussels or Strasbourg.

When the Member States one after the other went into lockdown, the European Institutions could, in theory, carry on. But in practice, this was not the case. Not only because of the disruption of a train and air traffic made travelling impossible, but more importantly, all those national measures were implemented to contain as much as possible the COVID-19 virus. So, in practice, the response of the European Institutions, such as the European Parliament, was very much in line with national measures.

The COVID-19 virus caught the European Parliament as an institution also its 705 Parliamentarians and around 7800 staff members completely by surprise.

The European Parliament is one of the two legislative arms of the European Union. The other legislative arm is the Council of Ministers. The European Commission is the executive arm of the Union. In order to function, and, adopt legislation, both institutions must agree with the legislative proposals presented by the European Commission. Current essential topics are the discharge over the 2019 budget and the negotiations over the multi-annual financial framework 2021-2027, the long-term budget. But also the follow-up of the Brexit, the refugee crisis, environmental issues (Green Deal) and the enlargement of the Union.

All of the crucial and weighty topics that have to be discussed and voted on. On top of this, the EU as the world’s largest trade power and with an internal market of 50 million consumers has put legislation in place, which needs constant reviews to cope with new developments both inside and outside the EU. The EU’ s decision making-machine cannot stop.

Let us focus on the European Parliament. Parliament is represented as an institution in all Member States by a Liaison Office. Politically, the European Parliament is represented in the Member States by its Members, who are directly elected in their Member States. The political work takes place mainly in Brussels (Committee meetings, Group meetings, and negotiations with the Council) and Strasbourg for the monthly plenary sessions. In Luxemburg are located some Directorates General, such as for translations, human resources, building maintenance, information technologies and finance.

The first real hit of the pandemic occurred in Parliament’s premises in Luxembourg. After the outbreak of the virus in the North East of France, a large part of the Luxembourg based staff- but living across the border in North-East France- were cut off. They could not go to work. Office buildings had to be closed due to a lack of essential staff (firemen, security). A large part of the staff was sent home and started to telework.

After a few days, all staff in all working places were instructed to stay home and telework when possible.