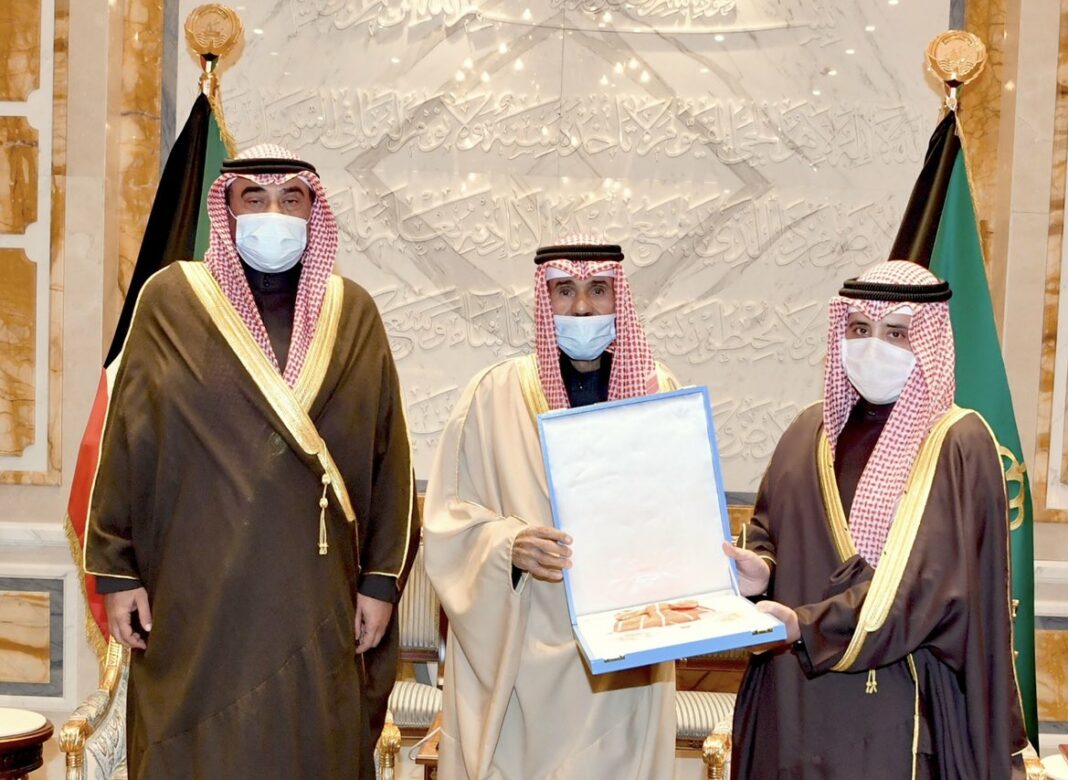 Wednesday, 6 January 2021, Kuwait City, State of Kuwait: His Highness The Emir of Kuwait, Sheikh Nawaf Al-Ahmed Al-Jabr Al-Mubarak Al Sabah conferred upon the country’s chief of diplomacy, HE Sheikh Dr. Ahmad Nasser Al-Muhammad Al-Ahmad Al-Sabah, the Kuwait Medal of the First Class in appreciation of his distinguished efforts to serve the country.

Sheikh Dr. Ahmad has continued the policies of negotiation a reconciliation set forth by the country’s previous emir, Sheikh Sabah IV. It was in the latter spirit, and and his capacity as mediator that he announced to the world the re-opening of borders between Saudi Arabia and Qatar, and the eventual restoration of full diplomatic ties amongst Bahrain, the UAE, Saudi Arabia and Egypt vis-à-vis Qatar.

To final agreement was formalized at the GCC summit held at Al-Ula on 5 January, and attended by the first time in three years by Qatar’s Emir, Sheikh Tamim bin Hamad bin Khalifa Al Thani.