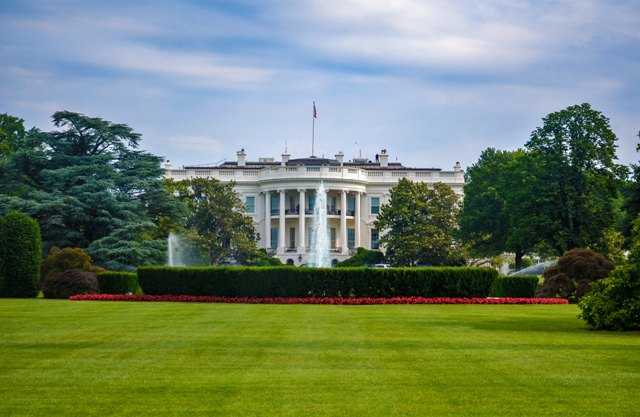 Trump’s second Senate trial went without conviction. The US president, Joe Biden, after the trial, that “This sad chapter in our history has reminded us that democracy is fragile. That it must always be defended. That we must be ever vigilant.” US institutions, once a model for the whole world, were tested to their limits. A sitting president not only refuses to conceded defeat but also incited mob violence against the most revered US institutions, the US Congress, and the duly process of transition of power. One can dismiss all of these as one individual who lost the capacity to distinguish right from wrong!

Some called it the first coup attempt in the US. A coup or not, it certainly shows American democracy backsliding, Harvard Professor Pippa Norris averred! Long before the incident at the Capitol Hill, the US is designated as a flawed democracy by Economist Intelligence Unit’s Democracy Index.

The unfolding events in the US, however, betray serious flaws underlying the structures of modern societies. Societies’ strength reflects the development of their institutions. The more the institutions are durable the more they can cope with crises. Alas, institutions decay and underperform. Today the problem of decaying institutions is on full display in the US. The US is a very important example of the quintessential modern society. Its institutions long developed and withstood the test of time. The US is an immigrant society, which makes it is an interesting case because it assimilates new groups and perhaps overloads the political system once new groups assert their rights.

The COVID 19 pandemic crisis is a material representation of overloading the system. When hundreds of thousands fell victim to the pestilence, the health system could not manage the waves of patients and modern societies, advanced in medicine and all, dilapidated under the weight of the virus. Health systems of advanced countries like China, the US, Italy, Spain, South Korea, and the UK teetered on the brink.

The historical context of each society matters and the development of institutions takes place within this context. That was the subject taken by the late political scientist Samuel Huntington when he wrote his book American Politics: The Promise of Disharmony published in 1981.

Huntington made the argument that the US society, unlike other societies, was founded on ideals. Those ideals—individualism, liberty, constitutionalism, democracy— are in direct conflict with institutions of power that are the antithesis of the ideals. The Ideal vs. Institution gap, according to Huntington, engenders “creedal passion”.

Huntington saw US history as a sequence of creedal passions that occurs in sixty-year intervals to rectify the country’s bearing. The first was the American Revolution in 1776, which led the country to independence. The second, sixty years later, was the Bank War in the 1830s. A movement led by President Andrew Jackson to break the economic power of the Second Bank of the United States (B.U.S.).

The Progressive-era that spanned the years of 1890-1920 was the third attempt to restore the ideals to the institutions. The movement was led by President Theodore Roosevelt to curb the power of the elites and restore direct democracy to the people. The reforms carried by the movement were intended to curtail the political power of local bosses. Finally, it was sixty years later when the last creedal passion outpoured into the open in the streets of America. The Civil Rights Movement and the anti-Vietnam war in the 1960s was the last case Huntington cites to support his claim. Huntington predicted the next creedal passion outburst in the second decade of the 21st century, i.e., 2020.

The idea of American decay comes from non-other than Huntington’s protégé, Francis Fukuyama. The erstwhile neoconservative Fukuyama penned an article titled “America in Decay: The Sources of Political Dysfunction,” in which he argued, “Institutions are created to meet the demands of specific circumstances, but then circumstances change and institutions fail to adapt.”

The adaptability of institutions makes them more robust and persistent. You have only to remember that Lebanon, once hailed as the Switzerland of the Middle East, succumbed to civil strife because its institutions could not adapt to the new circumstances of the day. Persistence and adaptability are not necessarily contradictory but contrapuntal. The two are dialectically interrelated.

What is important for societies is the degree of the autonomy of institutions to discharge their functions unencumbered by narrow interests. A point made poignantly by Fukuyama who bemoaned the fact that “institutions create favored classes of insiders who develop a stake in the status quo and resist pressures to reform.”

Interest groups are built-in in the American political system. The system encourages those groups to compete to influence the government. Lobbyists are legally registered and hold Congress’s feet to the fire over various legislations. Representatives of different interest groups are very contentious and target defying politicians in elections.

The National Rifle Association (NRA), for example, represents such a powerful lobby that hampers any gun control reforms. Despite tragedies of gun violence, mass shooting, crimes, suicide, the American government is ineffectual in curbing such phenomena. The NRA armed with the Second Amendment of the US Constitution, which protects the right to bear arms, fought legislation that will instate major firearm reforms like gun registration and banning semiautomatic weapons.

Besides, over the decades, American society has been afflicted by high levels of income inequality. A study by Pew Research Center has shown that over the past five decades “the highest-earning 20% of U.S. households have steadily brought in a larger share of the country’s total income.” According to the study, in 2018 twenty percent of high-income households claimed 52% of all US income. This makes the US the highest in income inequality among the Group of Seven (G7). Moreover, the gap between whites and African Americans is consistent over time: in 2018, the average black household income is a mere 61% of median white household income.

These are the underlying causes of the current societal crisis in the US. For how long the US can overcome the recurring crises before yielding to deeper fissure remains to be seen. “A house divided against itself cannot stand,” the Good Book says!

Things that bring you joy

By Alexandra Paucescu ‘Take your dreams seriously‘… ‘Make yourself proud’… ‘Choose happy’… these are just a few of the words that I usually see on...
Read more
Diplomatic Pouch

Media and risk: definition and perception

By Anastasiia Pachina Despite the attempts, that humanity is making to protect itself and predict possible options for the development of its future, despite the...
Read more
Diplomatic Pouch

The Impact of the COVID-19 Pandemic on Diplomacy

Need for reforms and adjustments ! By Roy Lie Atjam. As has been the case in many sectors of public and private life, diplomacy has...
Read more
- Advertisement -