Ukraine War and the abiding hope of Science Diplomacy 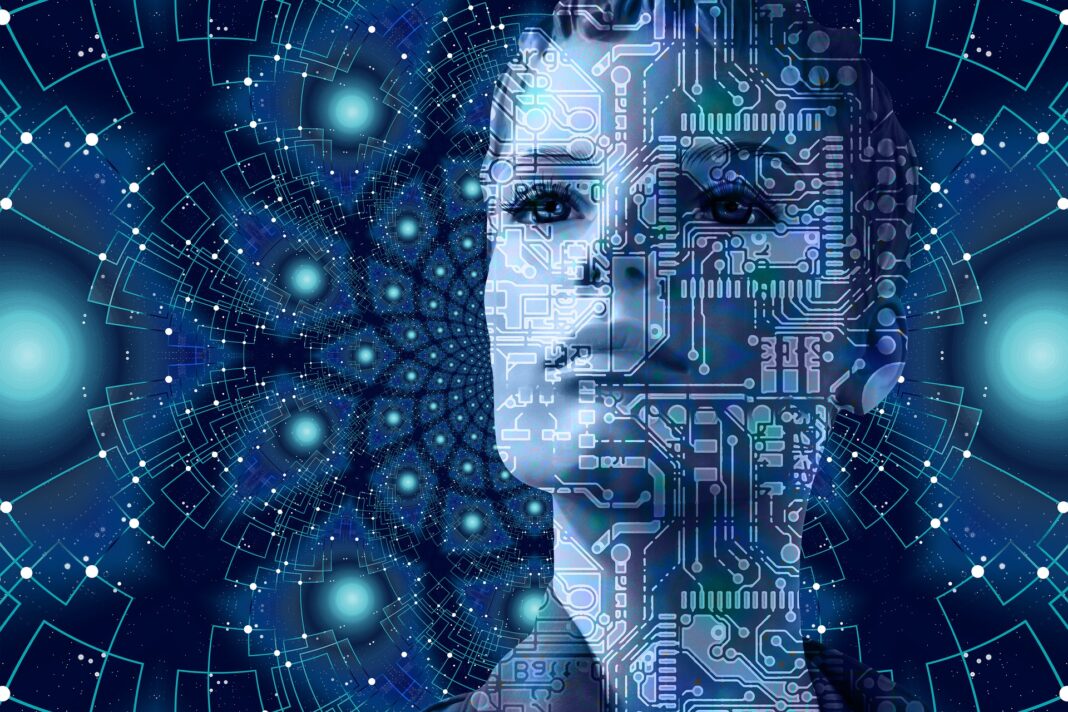 Noted French chemist, Louis Pasteur, best known for his work on vaccines and pioneering Pasteurization process, famously remarked after Napoleonic wars that “science and peace will triumph over ignorance and war.” Pasteur’s belief in the ability of science to provide answers and building bridges of peace between nations is historically shared by many. Similar claims have supported the development of the contemporary science diplomacy discourse. The scientific values of ‘transparency’ and ‘universality’ have been a driving force in furthering trust and development between nation states.

The continuing scourge of wars, including Russia’s recent invasion of Ukraine, nevertheless, casts a shadow over Pasteur’s eternal hope that humanity will someday leave deadly wars behind and dwell in peaceful co-existence. Especially the war in Ukraine has proved that Europe’s post-Cold War science diplomacy has failed. Facing Putin’s military one-upmanship and abuse of international law, western nations have been quick to make science a tool of political sanctions.

Following the launch of Russia’s special military operations on February 24th, many leading European scientific agencies decided to cancel or put joint projects on hold. The European Space Agency (ESA) cancelled the prestigious Luna 25, 26 and 27 moon missions that were in cooperation with the Russian agency, Roscosmos. The European Commission declared a wide range of sanctions, including the end of Horizon Europe funding to the Russian institutions. Their aim has been to punish and isolate Moscow from major scientific and technological innovations.

Short of severing all the ties and scientific contacts, the policymakers in Europe also expressed the need to keep some scientific channels of communication open to bring an early end to the conflict. While sanctioning Kremlin, the scientific community across the North Atlantic region has been unequivocal in its support of individual Russian students and scientists working in the Western institutions and in extending solidarity to their counterparts in Russia opposing Putin’s aggression. Nevertheless, scientific sanctions to punish nations that endanger international peace and stability through their actions, have been part of Western statecraft for much of modern history.

The idea of scientific collaborations became central in attemts to construct a stable international order after the end of Second World War. Scientific collaborations during the Cold War offered a vital instrument for American administrations to further political cooperation with the Soviet Union. The US scientific initiatives proved critical in breaking the political ice after the Cuban missile crisis and ushering in the era of détente. The scientific ties enabled the two sides to embark on projects like the Apollo-Soyuz mission, which became a symbol of goodwill and bonhomie amidst a deep-seated ideological contest. The signing of the U.S.-USSR scientific cooperation agreement in the early 1970s boosted political cooperation, helping the two sides to ease tensions.

Similarly, science diplomacy was vital for managing the burgeoning U.S.-USSR arms race. This led the two sides to sign many pathbreaking arms control and disarmament agreements. Despite Cold War stories of strained relations, the two countries worked often together to strengthen the global nuclear safety and security frameworks. Indeed, scientific exchanges enabled the two great powers to pursue normal ties during the phase of détente. But the Soviet Union’s invasion of Afghanistan in 1979 proved detrimental to the spirit of scientific collaborations.

The Afghanistan War turned out to be a high-stake ideological contest. It forced the U.S. to impose stringent scientific and economic sanctions on the USSR. It was the time that the National Science Foundation and the U.S. National Academy cancelled many ongoing programmes with their Soviet counterparts. The U.S. State Department too joined hands in refusing visas to Soviet scientists. The reason was to coerce the Soviet Union to withdraw its forces from Afghanistan. In the early 1980s, the Reagan administration imposed additional science and technology sanctions to the Soviet Union as a response to the Polish Government of Gen. Wojciech Jaruzelski’s declaration of martial law.

Interestingly enough, to Under Secretary of State in the Kennedy and Johnson Administrations, sanctions actually constituted an “astonishing ignorance of past experience” and was highly inefficient. To its usual political tactics, the U.S. imposed stringent scientific sanctions on countries like India, Pakistan, Iran, and North Korea for violating the global non-proliferation nuclear order. Following the May 1998 nuclear explosions in South Asia, the United States banned the export of lab materials and equipment to these countries and put travel restrictions on their scientists.

Despite high hopes, scientific sanctions had limited influence in settling political conflicts. Often, they had opposite results. Throughout the 1980s the Soviet Union strengthened its aggressive imperialist policies and made technological choices that disengaged them from the west. Ineffective or not, science diplomacy in the form of scientific sanctions has been a part and parcel of western statecraft throughout the Cold War.

The promise of science diplomacy in the Post-Cold War era

The end of Cold War ushered in new phase of global science diplomacy. Marked by America’s post-Cold War unipolar phase, it stood on two dominant exigencies. First, science emerged as a vital engagement tool for West in its post-Cold War global outreach. Resolving differences and forging new political coalitions worldwide have been the key aims for those who promoted global science diplomacy advocacy throughout the past two decades. For example, leading Anglo-American institutions, such as the American Association of Advancement of Science (AAAS) and the Royal Society in the U.K. have been trying to build trust and international cooperation based on the supposedly “universal” and “rational” character of science.

The international scientific collaborations forged in the wake of addressing transnational challenges such as HIV-AIDS, Ebola epidemic, ozone depletion, melting of glaciers, and biodiversity losses. These symbolized the coming together of the world for solving common global challenges and building the bridges of peace and prosperity. The success of various science diplomacy initiatives with countries of the Middle East, Africa, China, and Russia, corroborated the liberal-internationalist premise of scientific ties. The emergence of science and innovation elites as peacemakers was a truly unique feature in this international diplomacy.  It offered a mechanism to manage political differences and compelled policymakers to put knowledge above narrow sectarian differences.

The spiral of great power competition, however, continue to hover over science diplomacy’s liberal-internationalist premise. The emergence of a stronger Sino-Russian alliance in the past decade seeks to counter NATO’s centrality in Europe. Similarly, the democratic governance in West faces serious threat from rising authoritarian ideologies, anti-science campaigns, fake-news, and external interference in elections. As a result, the European Commission as a whole and but also individual member states have been recalibrating their science diplomacy strategies and the nature and extent of its global scientific collaborations. Germany’s 2020 science diplomacy strategy paper, for instance, explicitly outlined the need to put science in service of promoting “democratic actions” and supporting the members of the scientific community facing persecution under authoritarian regimes. The growing realism in EU’s global scientific collaborations is also evident from its adoption of stringent regulations to screen investment proposals especially from countries like China.

With Russia’s invasion of Ukraine, the European science diplomacy stands at a crossroads facing the inextricable Janus face of sanctions and scientific cooperation. Science diplomacy has indeed both a coercive and collegial side corresponding to times of war and peace. The balance between the two is particularly stark as European policymakers feel uneasy to re-position science diplomacy in their foreign relations and statecraft.

The liberal internationalist premise of science diplomacy, which became dominant in the post-Cold war years, also faces serious scrutiny. Science diplomacy practitioners have been drawing serious flak for exaggerating the value of scientific collaborations’ while overlooking hierarchies and wranglings within the science and academe. The conceptual churning is going to influence the future trajectories of science diplomacy. In this context, it is worthwhile to reflect on emerging concerns and priorities for EU’s science diplomacy programmes.

On the one hand, many European leaders view scientific sanctions as a much-needed political instrument. But it remains to be seen whether the sanctions will force Putin to return to the negotiating table. It is also best not to lose sight of its attendant risks. The traditional carrot and stick approach to scientific collaborations have run its course in today’s globalized world. Crises like economic slowdowns, pandemics, and climate change prove the claim.

Amidst such occurrences, sanctions demand a more reasoned and calibrated approach than witnessed. The European sanctions against joint scientific projects with Russia dealing with climate change in the Arctic appear rather misplaced and may prove counterproductive. Similarly, what seems as a shortage of high-tech military equipment and the successful disruption of the Russian military supply chain, results to the use of less accurate weapons, and thus, more civilian casualties. Besides, there are concerns that diplomatic isolation might prompt Putin to escalate the war and turn nuclear.

On the other hand, the war in Ukraine forces E.U.’s policymakers to become more conscious and clearer of science’s political power. On a global level, concerns over Europe’s technological sovereignty have rendered EU’s scientific collaborations more restrictive. The need to promote scientific cooperation to address global challenges and the openness of science are seriously undermined by the necessity to protect strategic research. Maintaining Europe’s technical edge and sovereignty over the US and China, is forcing the E.U. to engage with countries such as Japan, South Korea, Taiwan, and India is evident of this shift.

In sum, E.U.’s science diplomacy strategies face a tightrope walk as they seek to balance a set of conflicting priorities. The value of scientific collaborations in serving public goods hardly needs reiteration. However, the Ukraine war constricts the space for European governments to foster such partnerships. The mantle of science diplomacy today is likely to rest more heavily on the shoulders of individual scientists, autonomous institutions, and non-state actors.

The challenge for these actors in promoting intentional peace and cooperation is onerous. Yet, their value in furthering dialogue and collaboration is of immense value, as seen historically. In turn, it only corroborates the Louis Pasteur’s abiding hope that “Science and Peace will (eventually) triumph over Ignorance and War…”

As a recipient of an ERC consolidator grant, she is leading the development of “The Diplomatic Studies of Science,” a highly interdisciplinary field of research at the intersection of science and technology studies, history of science, and international affairs.

His research focusses at the intersection of science, technology and innovation policy, international relations, and diplomatic studies.