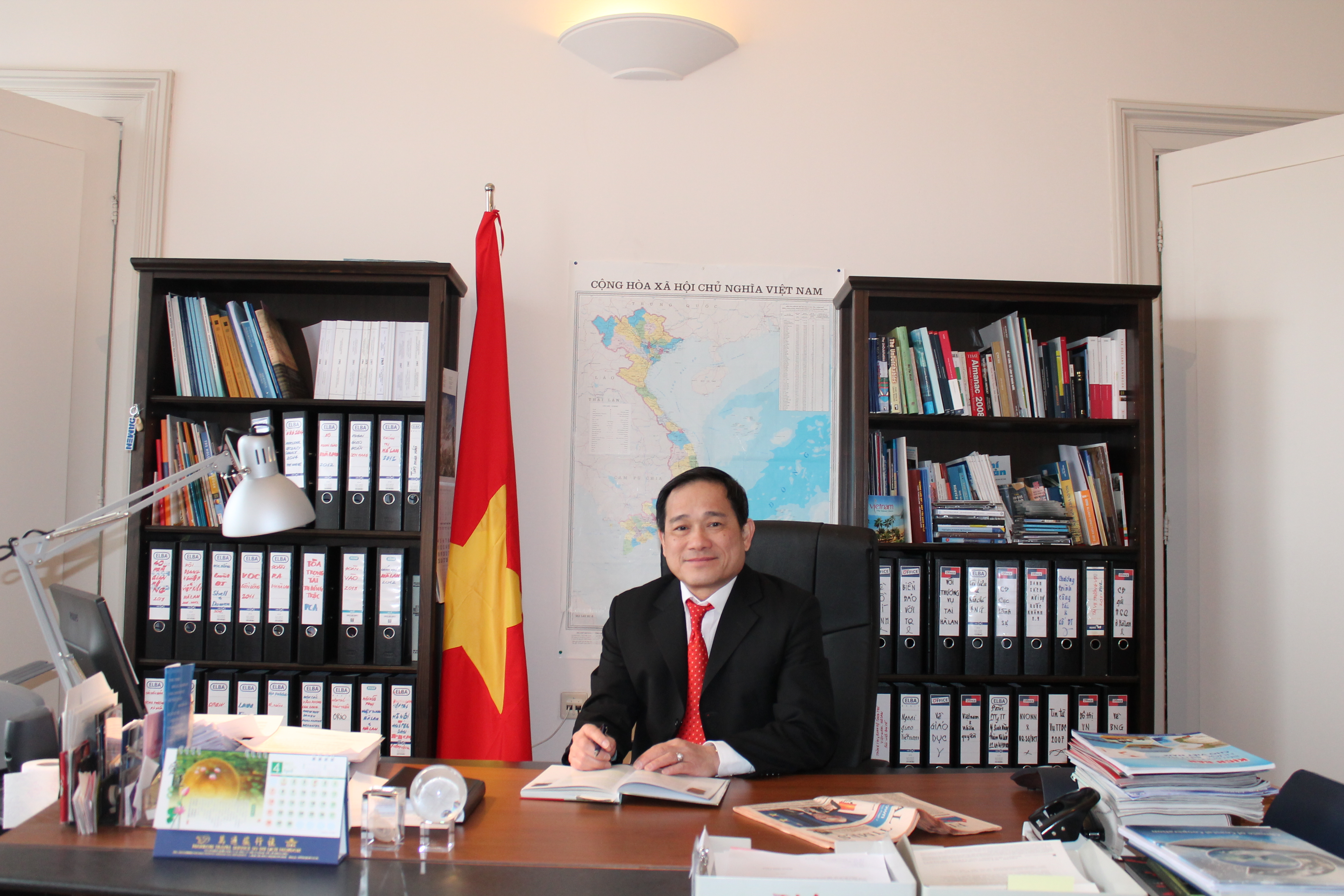 By Huynh Minh Chinh, Ambassador of  Vietnam to the Netherlands.

Forty years ago, 2 years before the war ended in Vietnam, Vietnam and the Netherlands officially established diplomatic relations. The last 40 years proved to be the most fruitful and inspiring period in 400 years of bilateral relations that dates back as early as the first contact in 1601 in a commercial habour of Vietnam. 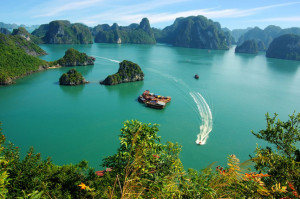 Some people would still relate Vietnam to wars. In fact, after a long period of severe war to fight for and regain its independence, in 1975 Vietnam came out in ruins and ashes but soon has since rapidly rebuilt and developed the country from a battle field into an emerging market economy. Over the last 20 years, Vietnam was recognised as one of the fastest growing economies in the world with the average growth rate of about 7.5% a year. In spite of the present economic downturn, in most recent 3 years, Vietnam has been able to maintain its sustainable growth at more than 5%. Some of the main impressive indications of the development of the country are: Vietnam achieved most of the Millennium Development Goals in 2008, long ahead the final deadline of 2015; in 2012, Vietnam got out of the group of least developed countries and entered the group of medium income countries with GDP per capita of about 1,200 USD; Vietnam has also gained a number of top positions in the world’s export. For example, in 2012 Vietnam was the world’s No. 1 in export of black pepper with 110,000 tonnes worth 800 million USD; No. 1 in export of cashew nuts worth 1.6 billion USD; No.2 in export of rice with 8 million tonnes worth 3.7 billion USD, 1/3 of the world rice export market; No.2 in export of coffee with 1.6 million tonnes worth 3.2 billion USD; No.5 in natural rubber with 1.02 million tonnes worth 2.8 billion USD etc…  Vietnam now is an internationally open, hospitable and attractive market. Until the end of 2012, foreign investment in Vietnam has reached about 210.5 billion USD; annual export of Vietnam accounts for about 170 billion USD. This is also a market of 90 million inhabitants with skilled, young and hardworking labour force. Centrally located in South East Asia, with long coastlines near the strategic sea lanes of communications connecting the Pacific and the Indian oceans, the country is an ideal hub of trading development.

Bilaterally, in undertaking its commitment to actively promote international integration policy, making itself a responsible member of the world’s community, a good friend and partner of every country, in order to materialize the country’s industrialization and modernization strategy, Vietnam is committed to further enhance and deepen its good existing relation and cooperation with the Netherlands. Vietnam always remembers with gratitude to the Netherlands that, prior to the establishment of the bilateral relations, the Dutch people had taken to the streets to demonstrate their strong support for the peace in Vietnam and then afterwards, had been much kind as to receive many Vietnamese migrants to come and settle down here in the country.

The present excellent relations between the two countries have been clearly reflected in a number of high level visit exchanges over the last 20 years, most importantly the visits of the Dutch Prime Minister Wim Kok to Vietnam in 1995, Vietnam’s Prime Minister Phan Van Khai to the Netherlands in 2001, H.R.H Crown Prince Willem Alexander and H.R.H Princess Maxima (now H.M. the King and H.M. the Queen of the Netherlands) to Vietnam in 2005 and 2011, Vietnam’s Prime Minister Nguyen Tan Dzung to the  Netherlands in 2011. The highlight of the bilateral relations was the Vietnam – Netherlands Joint Statement issued on the 1 October 2011 in the Hague which stated, among other things, that “The two sides welcomed the robust development in the friendship and multifaceted cooperation between Vietnam and the Netherlands and agreed to further broaden and deepen this relationship. In this spirit, the two sides agreed to strengthen cooperation in five prioritized economic areas, adaptation to climate change and water management, agriculture, maritime industry, energy, and logistics. The two sides also agreed to broaden potential cooperation in other areas of mutual interest”. Yet, the two countries also enjoy close cooperation at many international fora such as United Nations, ASEM etc…

Development assistance from the Netherlands for Vietnam has been playing an important role in the reconstruction and building up the latter country, especially in the fields of education, healthcare, water, forestry, environment etc…and is considered “a successful model”. The last 20 years have evidenced an incredibly rapid growth of effective and mutually beneficial business cooperation between the two countries leading to the great achievements such as: the Netherlands has been the biggest European investor in Vietnam since 2010 with about 163 projects and  the total of about 6 billion USD capital invested; a leading European trade partner of Vietnam with the annual turnover reaching 3.2 billion USD, increasing by 15-20% every year; the Netherlands is an important “gate way” to Europe for Vietnam. Most of the Dutch businesses in Vietnam, including Unilever, Shell, Friesland –Campina, Heineken, Akzo Nobel, Damen and many small and medium size companies are successful and create good mutual profits. Vietnam is well positioned to be the “gate way” to the East and Southeast Asia for the Netherlands in term of trade and industrial production. Especially, Vietnam and the Netherlands have become strategic partners in climate change adaptation and water management since 2010. Some other strategic partnership arrangements are under consideration with regards to agriculture, maritime industry (port development, shipbuilding, commercial shipping). There has appeared a good ground to elevate our cooperation from development assistance onto the level of economic and trading cooperation between equals.  Inevitably, the two countries also have close cultural relation and educational cooperation, reflected by the combined image of lotus and tulip flowers and common fascination of football. A large number of Vietnamese students studying in the Netherlands could well be a good workforce source and bridge for the bilateral economic and scientific cooperation.

The achievements in the bilateral relation and cooperation have been resulted in by sharing many things in common: the traditional struggles against water and for independence, the maritime and agricultural backgrounds of the economy, the hardworking, kind peoples etc… Despite vicissitudes that any relation could come across, there is always a very strong willingness to connect Vietnam and the Netherlands which has been built up on the basis of humane respect and sympathy, and the economic cooperation is also the backbone of this relationship.

As a Vietnamese King put it in his letter to a Dutch Governor-General in 1670: “…that we shall remain friends for ever for as long as the sun and the moon will shine”, this is strongly believed that the good bilateral relationship and economic cooperation between Vietnam and the Netherlands will be carried on and deepened significantly in years to come.