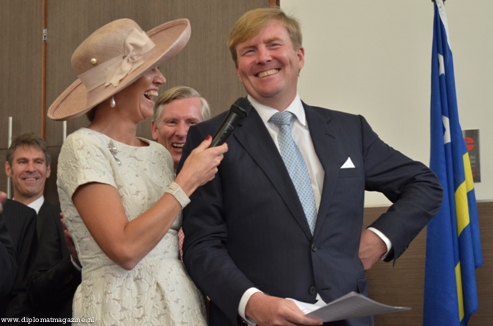 And Corporate and Social Responsibilities

Embassy of The Kingdom of the Netherlands in Bogotá.

With 48 million inhabitants, Colombia is one of the main emerging economies of Latin America. It is categorized as one of the CIVET-countries, the new BRIC’s of the 21st century. Colombia ranks high on a global competitive survey for business sophistication and investor protection. The bilateral trade relations between Colombia and the Netherlands follow the growth trend of the Colombian economy, but also show a persistent trade surplus in favor of Colombia.

One of the main objectives of the current Dutch Foreign Economic Policy, is bringing together and stimulating investment and business opportunities with the support of capacities and knowledge of government and business communities. This has resulted in the overall interest from the Royal Netherlands Embassy and locally established Dutch and Colombian companies, in setting up a public-private business support entity in Colombia, in cooperation with the Netherlands Latin American Business Council. This so-called Holland House, serves as a hub location for different initiatives of the business community and of organizations that maintain close relations between the countries.

Holland House is the first of its kind in the world. It is considered as a new and innovative formula within the Dutch Foreign Economic diplomacy. Through means of this public-private initiative it tries to serve better the needs of Dutch companies abroad by offering a wider range of services.