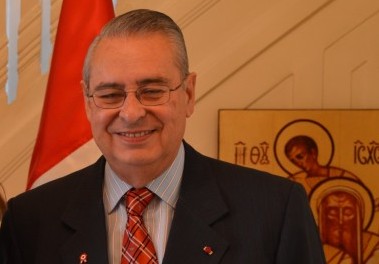 International Court of Justice, The Hague.

The United Nations’ highest court drew a new maritime boundary between Peru and Chile on Monday, awarding Peru parts of the Pacific Ocean but keeping rich coastal fishing grounds in Chilean hands. The line drawn by the International Court of Justice ended decades of debate about how to carve up some 38,000 square kilometers (14,670 square miles) of fish-rich waters off the coasts of the Latin American neighbors. Peru’s fishing industry estimates the annual catch in the region to be worth some US$200 million. Peru wanted a maritime border heading roughly southwest, perpendicular to the point where the two countries’ land border meets the ocean.

Chile insisted the border should extend from the coast parallel to the equator. The court found a compromise by saying a border already existed parallel to the equator extending 80 nautical miles from the coast and then drawing a line southwest to a point where the countries’ 200-mile territorial waters end. A professor of international relations at Lima’s CatholicUniversity, Farid Kahhat, said Peru had won a bit more than half the territory it sought. Chilean government figures put Peruvian investment in Chile at $11 billion last year with Chile investing $13.5 billion in Peru.