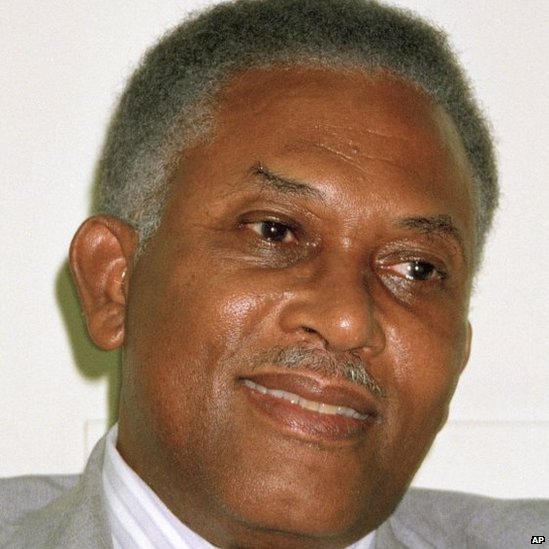 Arthur Napoleon Raymond Robinson, a former International Criminal Court judge, and also a former president and prime minister of the twin island republic of Trinidad and Tobago, has passed away at the age of 87. Mr Robinson passed away peacefully at private hospital on April 9 2014.At his bedside were his daughter Ann Margaret and granddaughter Anushka. He had been ill for some time.

The International Criminal Court is a well-known UN organisation. Less well known is the fact that this worldly institution actually has its roots in the tiny Caribbean island of Trinidad and Tobago. The establishment of the ICC has been declared as the most significant advancement in international law since the foundation of the UN and Arthur Robinson was the key person who put the ICC cogs into motion some 24 years ago, at a time when, in his words:

“Few people believed that this objective was possible and hardly any at all believed that it could be achieved in their lifetime. Finally, in 1998, after an “arduous, lengthy and adventurous” journey, the countries of the world gathered in Rome and established a treaty to create a new court. The current President, Anthony Thomas Aquinas Carmona, also a former ICC judge, described Robinson as courageous, the President added that Robinson “defied the skeptics who scoffed at his dream of seeing the establishment of the ICC.

Judge Sang-Hyun Song, President of the ICC, described Robinson as the ‘grandfather of the ICC’, a title which pays homage to his vision for an international solution to arrest universal impunity. “He was a trailblazer who showed that small states can, and have made a difference to global affairs, if leaders have visions beyond the narrow confines of winning elections,” he said.  Carmona continued, Robinson was a champion of the sovereign right of people to have their legislators make laws for the good of the entire citizenry and not merely for special interests groups, be they political or economic. “I am honored to have worked with His Excellency Mr. Robinson whose counsel and influence made me a better prosecutor and judge,” Carmona said.

Prime Minister Persad-Bissessar has ordered all flags to be placed at half-mast as word spread and the nation’s leaders, as well as members of the international community, began a process of mourning. The funeral of late former head of state Arthur NR Robinson will take place from April 29 to May 3. Robinson’s body will lie in State at the rotunda of the Red House (old Parliament Building) on April 29 and 30. On May 2, Robinson’s body will be flown to Tobago where it will lie- in-state in the Legislative Chamber of the Tobago House of Assembly.Robinson was a  “ Tobagonian”

Robinson’s final committal and burial takes place on May 3 at the Scarborough Methodist Cemetery.He will be laid next to his wife Patricia(Pat), who died in 2009 and was buried in that cemetery.