The Princely Palace of Monaco announced 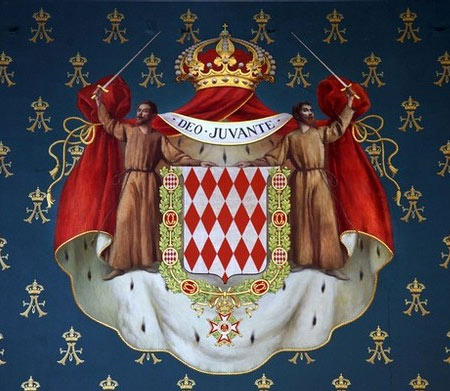 The Princely Palace of Monaco announced on 22 November 2014 the protocol to be followed after the birth of the expected two new princely heirs of the House Grimaldi.

Spain, Monaco and the UK are the only European monarchies still applying semi-Salic succession, meaning that males are given preference over females. The latter signifies that if a girl is delivered before a boy as Princess Charlène is expecting twins, then the boy still becomes the heir apparent in detriment to the girl. If two boys, or two girls are delivered, the one delivered first becomes the heir apparent with the title “Hereditary Prince/Princess of Monaco”.  According to Monaco’s constitution the Sovereign Prince is the Head of State, and chief over its diplomatic policy. He represents the country in all foreign affairs.

The Principality of Monaco’s has an embassy in Brussels led by Ambassador Gilles Tonelli, responsible for the Benelux countries, the EU and the international organisations in the Benelux. Monaco also has three general consulates located in Amsterdam, The Hague and Rotterdam. Liechtenstein and the Vatican City State are the only monarchies in Europe were women are fully barred from the throne.

On the occasion of the upcoming princely births, the Palace wishes to inform the people of Monaco and residents of the Principality of the following arrangements:

– in celebration of the joyous arrival of these two children, and without distinction, forty-two cannon shots (twenty-one for each child) shall be fired from the Fort Antoine,

– a proclamation signed by HSH Prince Albert II will be displayed at the entrance outside the “Petits Quartiers” of the Princely Palace,

– registries shall be open for signatures at the “Petits Quartiers” of the Princely Palace,

– the people of Monaco are invited to put up bunting and flags, under the same provisions as on National Day, from the day of the births to the day on which the Princely Couple will present Their children at the Place du Palais. The date of the official introduction will be communicated at a later date,

– the people of Monaco, residents and workers of the Principality as well as any individuals who wish to do so, are invited to attend the Princely Couple’s presentation of Their children at the Place du Palais, in order to pay tribute to Them, on a date and under conditions that shall be specified at a later date,

– that day will be declared public holiday for all individuals working in Monaco in celebration of this time of great joy.

In addition, TT.SS.HH. the Prince and Princess of Monaco wishes to encourage donations to charity rather than gifts. The sums collected shall be redistributed to the charities and associations of Their choosing. Full information on donation payment methods shall be provided at a later stage.