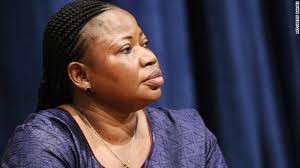 On 10 December 1948, the United Nations General Assembly adopted the Universal Declaration of Human Rights (UDHR), naming the ‘inherent dignity’ and the ‘equal and inalienable rights of all members of the human family’ as the ‘foundation of freedom, justice and peace in the world’. This ground-breaking text laid out rights that apply regardless of race, religion, gender or socio-economic status.

Since then, the international community has been striving to implement these ideals in a concrete way, adopting various legal instruments to this effect.

The Rome Statute of the International Criminal Court (ICC), adopted in 1998, reflects the values of the UDHR, and the ICC’s activities serve to defend some of the essential rights enumerated by the Declaration. The ICC has jurisdiction over genocide, crimes against humanity and war crimes, meaning that it can investigate and prosecute, for instance, violations of the right to life and liberty and violations of the prohibition of torture and slavery. By creating an international criminal court of last resort to deliver justice when national systems are unwilling or unable genuinely to do so, the Rome Statute aims at providing a consistent and comprehensive answer against impunity for the most serious international crimes.

The ICC is now in its 13th year of existence and has never been busier. 122 States have ratified the Rome Statute – almost two-thirds of the world’s sovereign nations. The ICC’s caseload is constantly expanding and breaking new ground. Final convictions were issued this year against individuals for attacking and killing civilians and the use of child soldiers. Almost 10,000 victims have been represented in proceedings and over 110,000 have been assisted by the Trust Fund for Victims. As such, the ICC’s activities are having a significant impact not just on individuals prosecuted before the Court, but also on the tens of thousands of direct victims and millions of people in the affected communities and societies.

The ICC is thus truly helping to realise the UDHR’s vision by ending impunity, preventing future crimes and providing justice to victims. This mission would however be better fulfilled if all States ratified the Rome Statute, thereby allowing it to achieve true universality.

Human Rights Day is an opportunity for us all to reflect on the progress that has been achieved since the adoption of the UDHR; but also on what remains to be done. In the wake of WWII, the Universal Declaration was drafted by visionaries. As one of the most recent additions to the mechanisms that seek to make this vision a reality, the ICC is helping to uphold human rights and dignity, and to deliver a credible promise of greater respect for and adherence to human rights everywhere.