A single permit for work and residency from 1 April 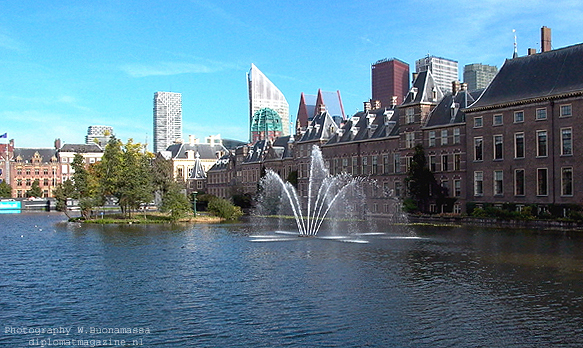 Foreign nationals coming to the Netherlands to work for a period longer than three months will receive a combined residence and work permit (gecombineerde vergunning voor verblijf en arbeid, GVVA) as from 1 April. They no longer have to submit separate applications for a residence permit to the Netherlands Immigration and Naturalisation Service (Immigratie en Naturalisatiedienst, IND) and for a work permit to the Netherlands Employees Insurance Agency (Uitvoeringsinstituut Werknemersverzekeringen, UWV). From today, a single procedure at the IND suffices.

State Secretary Teeven (Security and Justice) and Minister Asscher (Social Affairs) welcome the simplification of the procedure, as only a single application for a single permit must be submitted to a single authority. In doing so, they also comply with an EU directive that prescribes a single application procedure and a single combined permit for work and residency. The combined permit is intended for third country nationals from outside
the EU, Liechtenstein, Norway, Iceland, and Switzerland. This grants them the right to reside and work in the Netherlands for a period longer than three months.

The conditions under which a foreign national can come to the Netherlands to work and live remain unchanged. For instance, a foreign national can only work in the Netherlands if there is no Dutch and EU labour supply for the work. There is also a verification of whether the foreign national enjoys the proper terms of employment. The UWV provides advice to the IND in these matters. The IND becomes responsible for the GVVA and its issuance. The GVVA applies to the majority of the labour migrants from outside the EU. However, seasonal labourers, students, asylum seekers, and Croat nationals remain subject to a work permit. Nothing changes for highly skilled migrants as they already require only a residence permit at present.

The GVVA is a residence permit that includes an additional document specifying at which employer, in which function, and under which conditions the foreign national is allowed to perform the work. If these conditions are not fulfilled, the Inspectorate for Social Affairs and Employment can impose a fine on the employer.